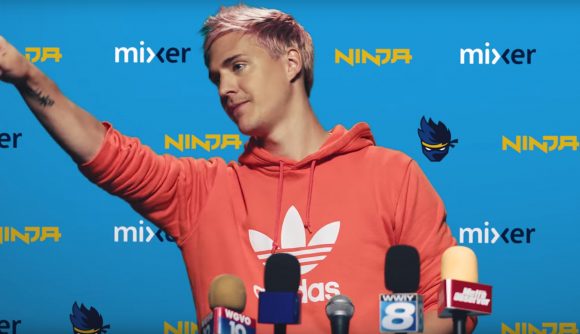 Microsoft’s Mixer platform is continuing its fight against Twitch, Facebook, and YouTube streaming, and by some metrics it’s succeeding – but certainly not by all. While Ninja’s switch to Mixer made major headlines back in August, the prolific streamer doesn’t appear to have moved the needle in the platform wars – in fact, Mixer viewership has declined this quarter.

Total hours viewed on Mixer for Q3 have nearly doubled year-over-year – from 43.5 million in 2018 to 90.2 million in 2019, but the platform peaked in Q2 this year with 100.9 million hours viewed. In theory, Ninja’s switch to Mixer should stabilized or improved those Q3 numbers, but that just hasn’t been the case, according to data from Streamlabs and Newzoo.

It also seems that Mixer has fallen behind Facebook Gaming, according to a separate report from StreamElements and Arsenal.gg (via our sister site, the Loadout). Traditionally, viewership across all four major platforms declines from August to September as kids head back to school – Facebook is the only platform to have grown in that period, from 37.8 million hours viewed to 53.4 million.

But while Mixer’s viewership is stagnant, more streamers are giving the platform a shot. Hours streamed are up by 188% this quarter, and unique channels have doubled.

At the same time, average viewers per channel have declined from 8.9 to 2.7 in the same period – so while there’s far more content, it doesn’t appear that there are enough people there to view it.

This all sounds like doom and gloom for Mixer, but the platform has grown substantially in the space of a year. The question is whether it can regain that momentum, and whether Ninja’s Mixer streaming residence has long-term meaning for the platform.