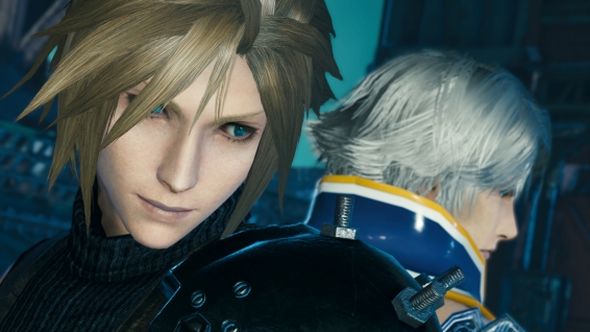 If you’re still sore that Final Fantasy XV isn’t on PC, you’ll be glad to know that another entry in the iconic JRPG series is about to land on our platform. Mobius Final Fantasy, a free-to-play mobile game, is coming to Steam on February 6. To celebrate, it’s getting a crossover event with the forthcoming Final Fantasy VII remake, in which we’ll get to see some assets from that game.

Win fame, level up, and save the world in the best RPGs on PC.

In Mobius Final Fantasy, as with many other Final Fantasies, you play as an anonymous Warrior of Light. In a slight twist, you’re an amnesiac this time (which might explain your anonymity). You awake in the world of Palamecia, and must help defeat the evil forces attacking its people. It draws on many plot and gameplay elements from Final Fantasy’s NES and SNES era; your enemy is the vague force of ‘Chaos’, and there’s at least one ‘rune’ (alas, not a Crystal) tied to an ancient element.

It’s very pretty for a mobile game, and if its history on that platform is a turn-off, Square Enix would like you to know it will offer full HD 1920 x 1080 support that tailors to different screen sizes.

If you’re still not sold, the game will get a crossover event with the forthcoming FF7 remake on the day after its release. In an interview on the Square Enix website,

“Players will join Cloud, who has gone astray in Palamecia, on his adventures and see how the story unfolds based on his decisions. Content-wise, Final Fantasy VII fans will surely become fraught with emotion as events unfold in-game.”

The collaboration event was previously offered in Japan, and got a trailer in Japanese, which gives you an idea of what’s going down.

So the FF7 assets you see in the crossover event are taken straight from the remake. The event is due on February 7. Mobius FF releases on Steam in English on February 6, and will be free-to-play.