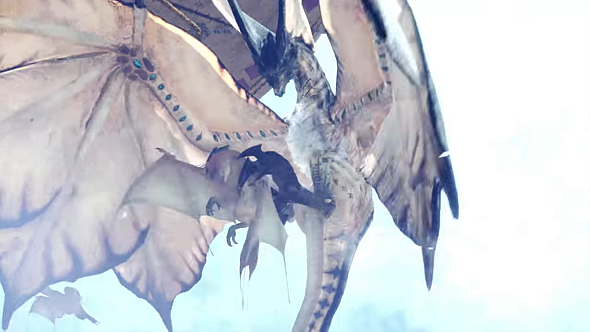 Surprising no-one, Capcom have confirmed that Monster Hunter: World will be supported with post-launch content updates, many of which will be free. Forgive us for stating the obvious, but this is technically news, so here we are. You can also enjoy a brand new trailer with dragons in it, just so you haven’t wasted your click.

Will 2018 be as great for games as last year? Here’s the forecast: the most exciting upcoming PC games.

Capcom say “there are plans for post-launch support of Monster Hunter: World with regular content updates, as well as major title updates for free.” The first of these is due in spring and will reintroduce Devilijho, a “fan favourite” bipedal wyvern who debuted in Monster Hunter 3. The PC release, as we learned just a couple of days ago, is not due until autumn this year.

This trailer shows off “several new and returning favourite Elder Dragons,” which are some of the most powerful recurring enemies in the Monster Hunter series. One, named Dodogama, has a unique saliva that causes rock to become explosive. It will then spit these exploding rocks at you.

If you have a PlayStation 4, you can also get involved in the game’s final beta before its console release on January 26. That beta will run from January 19 to 22 – head here for more details.