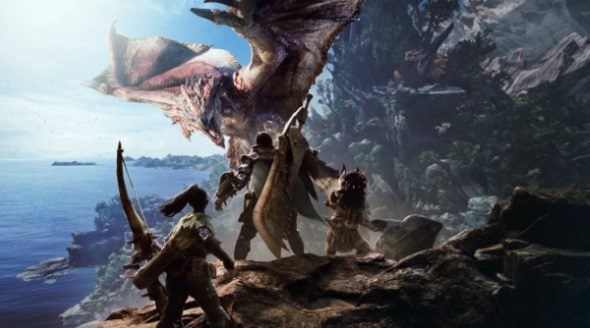 Announced at E3, Capcom are creating a brand-new main entry into the Monster Hunter series. For the first time ever, it’s coming to PC. It’s dropping the number from the title, because it aims to be a perfect jumping-on point for newcomers, modernising the series and offering up a rich ecosystem of AI beasts to stab.

If you like working with strangers and friends, check out our list of the best co-op games.

It’s a massive undertaking for the Osaka-based Capcom team, who will be developing Monster Hunter for next-gen consoles and PC for the first time ever. Because PC is so much more complex – with so many different builds and configurations – they’ve been forced to delay launching on our platform until a little after the console release.

The short PC delay is nothing to do with exclusivity or a will to shaft PC players, then. In fact, it’s quite the opposite. “It’s just a resources and manpower issue,” producer Ryozo Tsujimoto tells VG247. “We’re developing the game with our internal Capcom team in Osaka – the Monster Hunter team. We haven’t really put out that much on PC before that’s been developed internally, so we’re just asking for a little bit more time on the PC version so we can bring you a more optimised, fine-tuned version.”

All other versions of the game are launching simultaneously worldwide, which is a first for Monster Hunter, a series that usually launches in Japan first. The developers say they want it to be “optimised” as possible on PC, with middling rigs supported, but with a decent ceiling for those with beefier rigs. Hopefully it ends up being a decent port with lots of lovely sliders in the graphics options then.