Monster Hunter: World can be described with many words but ‘realistic’ is not a prominent one. After all, you’re fighting giant fantastical beasts with absurdly large weapons, all while your bipedal pet cat runs around in a fairy outfit. Many aspects of the Monster Hunter series fall clearly in the realm of fantasy, but one aspect of these games that is realistic is how women, and their bodies, are represented.

Many games portray strong women in a particular way. Tiny waists, big hips, and large breasts all emphasise the hourglass figure at often unattainable measurements. Even when women in games are said to be powerful warriors they’re drawn petite. Think of the shape that Lara Croft’s body originally cut, the exaggerated lacy form of Ivy in Soulcalibur, and the stark breast-to-waist ratio of Sylvanas in World of Warcraft.

These female bodies are a result of  women being designed with the male gaze in mind. Having big arms or war scars goes against creating a palatable and attractive character for the target demographic. But it creates an odd disconnect between the strength and skills these characters are said to possess and their lithe yet busty appearances.

While that can make for a few comical scenarios, it’s generally a poor representation of how strong women should and do look.

This is not the case in Monster Hunter: World. Even though it has a flexible character creator you’re unable to make your Hunter tiny or petite. If you pick a male Hunter, he’ll be broad and have visible muscles no matter how much tweaking you do, while the female Hunter will always be broad, with less overtly visible muscles. She is by no means fat or ripped, but her body composition makes sense for her profession. 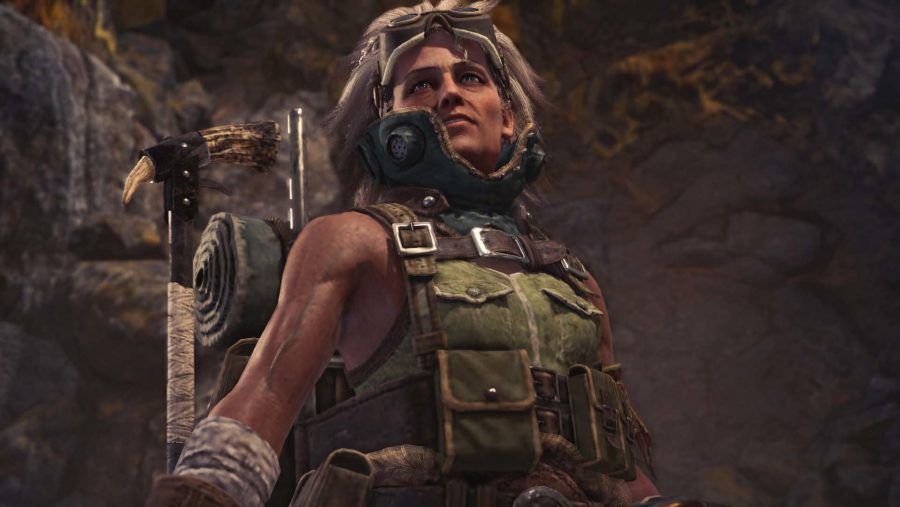 In fact, the female Hunter being sturdy while not showing as much muscle as her male counterpart is in line with real female bodies put under similar stresses. Genetically, strong women tend to still be smaller than men and have leaner muscles, even when they can achieve the same tasks as their male peers.

A study in clinical endocrinology states that female athletes generally have 85% of the muscle mass as their male counterparts. But the International Journal of Sports Medicine cites a study that says, if performing the same exercises, a woman’s strength grows at the same rate – if not greater – as a man’s. Factoring in that women will generally have more body fat than men due to hormone regulation, a powerful woman doesn’t need to be all chiselled muscle to be naturally strong.

This conscious choice to make women adhere to their real-life counterparts in Monster Hunter: World goes beyond the player character. The Hunter’s steadfast partner, known simply as The Handler, is also a woman well-built for survival in the New World. The Handler isn’t a fighter, but she still needs to be able to traverse the dangerous wilderness. In fact, The Handler’s main hobby is food, and she often talks about bulking up and putting on pounds for the trials ahead – comments that are practically taboo for most modern women. 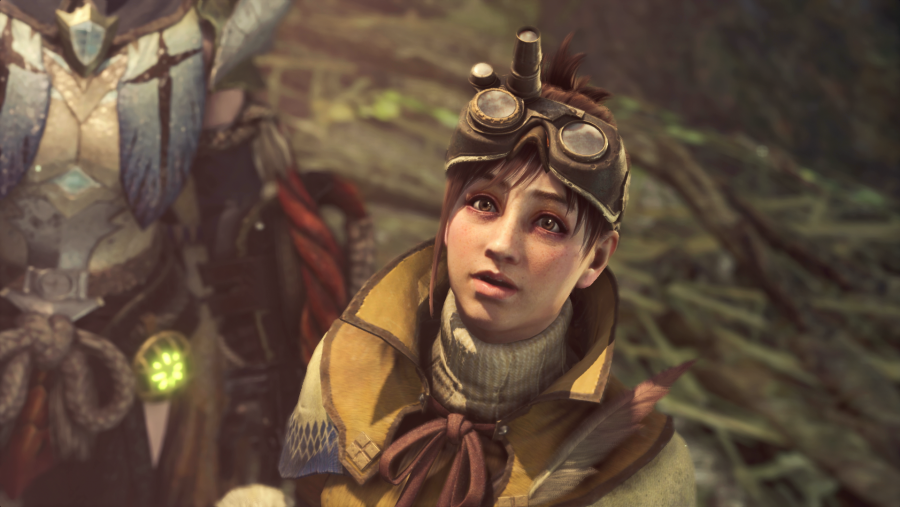 But not every woman in Monster Hunter: World is thickset. The Tracker, who you meet a bit later in the game, is an older woman and is considerably smaller than The Handler in both height and weight. However, despite her age, she shows visible muscles on her arms and sports a physique fitting for her job. Trackers are supposed to be quiet and stealthy; the Hunter and The Handler would be hard-pressed to succeed in The Tracker’s line of work. Yet, The Tracker is not designed as an impossibly dainty woman – she’s a grizzled veteran, and more than capable of handling herself in the game’s most dangerous areas.

The ladies of Monster Hunter: World aren’t designed to be beautiful in the way the male gaze typically understands the notion. These women are built for survival and sculpted in a way that fits their role as explorers and hunters of the New World. This is not only a better representation of the female’ body, it helps to sell the fantasy of the game, the range of physicalities a result of designing characters to fit their surroundings and skills, rather than their sex.