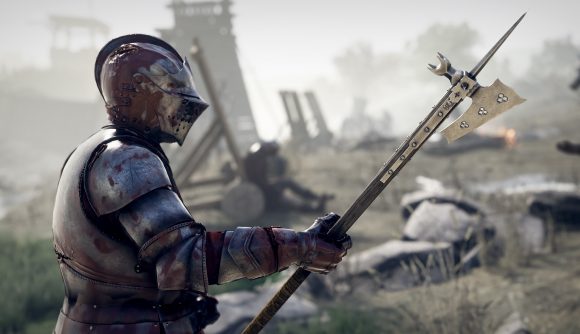 The developers of Mordhau have addressed growing concerns about community toxicity. In the wake of a report from PC Gamer which suggested that hateful language often goes unchecked within the community, Triternion published a statement earlier today saying it plans to “improve” its approach to moderation.

Towards the end of the statement, which was published to the game’s forums earlier today, community manager Jax told players that “in regards to community toxicity, we do not have prior experience managing communities of this size, nor the manpower or resources that established studios can leverage.”

“Our team consists of 11 first-time developers working remotely and volunteer moderators who try their best to curb this toxicity and behaviour across all platforms, including in-game.” Development of the game means that the team is “stretched thin,” and as a result, Triternion says that “unfortunately we do not have the staff nor systems in place to moderate everything to our intended level of standards,” although the devs do say that “we plan on improving in this regard.”

Earlier in the statement, Triternion also addressed reports that it was planning to include a customisation toggle, which would allow players to turn the ability to see characters of different genders and races to the white, male default on or off. The developer said that it “does not, nor have we ever, had plans to add a customisation option that would force a white male default,” claiming that the “absurd idea” stems from a misunderstanding during an interview and was “a theoretical solution to a difficult problem.” The artists who told PCGamer about the concept had been “ill-informed” of the decision to dismiss the idea.

En garde: Mordhau has sold more than one million copies

It’s an encouraging response from the developers, although if moderation resources are this badly stretched, it could prove difficult to get things turned around in the short term.