I fully expected to get stomped when first playing Mortal Kombat 11 and not just because the series’ combos sometimes end with someone’s teeth being shattered against the floor. I’m not a regular player of the world’s most notoriously gory fighting game. I expected to be pounded, ripped in two, the skin peeled from my flesh, my spine used to decorate the throbbing wall of Scorpion’s home in hell. But I needn’t have worried.

The most striking part of my experience with the game is how much fun everyone, regardless of skill level, is having. Looking around the room, I see that it’s filled with grins, as those without skill revel in the sense of impact that comes with every stomach splitting blow they’re victim to. The players who know what they’re doing perform elaborate dances that slice up their opponents as a mad smile bisects their face.

What’s particularly helping the inexperienced is how much slower the game feels – it seems more planted and more strategic than previous Mortal Kombats. NetherRealm has been tweaking the pacing since the beta, but no matter what, you won’t be able to fly around the map at will – this isn’t Dragon Ball FighterZ.

Playing against a far better player will end in a loss 99% of the time, but it doesn’t feel like I’m scrambling towards victory without a chance to press a button. The slower movement speed pushes the game closer to my favour, as I can read when an attack is coming, even if I don’t know how to deal with it. And trust me, you’ll be punished for button mashing – I tried it and quickly regretted it. What is rewarded is combo knowledge, as always, but there’s more of a focus on using the right move at the right time. 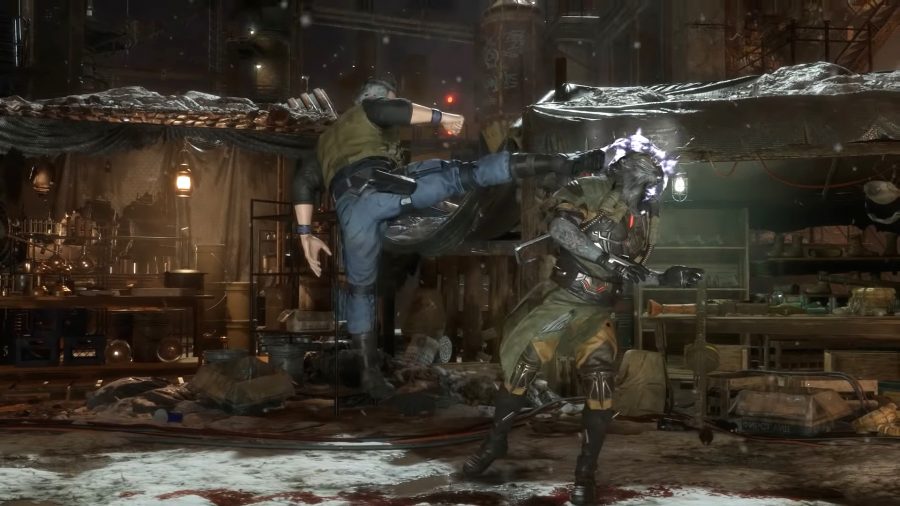 That said, when health gets low, there are ways to claw the round back. At 30%, you gain access to a ‘fatal blow’ that takes a chunk of your opponent’s health if it lands. It gives a much-needed boost if you’re far behind, but the best moments are when both players have access to the fatal blow, each of them looking for their moment while fingers hover above the block and counter buttons.

Intelligent tweaks like this are what make MK11 feel like much more than a graphical upgrade, though it certainly is that too. I only had the chance to play on a PS4 Pro, not the promised PC port, but it’s easy to see that the game is a feast for the eyes.

The move to a custom version of Unreal Engine 3 comes with some significant changes, including beautifully improved lighting, shadows, textures, and particle effects. The closer camera angle enhances those effects, as well as the new character models, which hold more detail and flair than ever. It easily takes the crown for the best-looking fighting game right now. 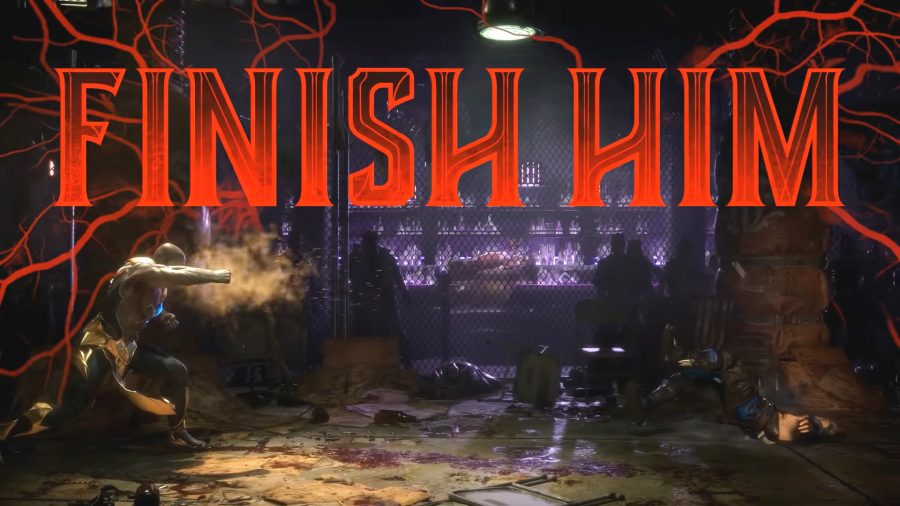 Arguably, these improvements are second to the massive increase in vibrancy and clarity. I can’t stress how much easier it is to keep track of your character than it was in Mortal Kombat X. Contrast between character and background is prevalent, while particle effects look awesome without being distracting. It makes it much easier to play, but also better to watch from afar, which is important for a competitive fighting game these days.

NetherRealm has put a lot of focus on Mortal Kombat 11’s fatalities, upping the gore and cinematic nature. One of Baraka’s literally lets you pull your opponent’s face off, drag out his brain, and eat it on a spit. Cute.

The increased visibility makes its way to the UI, too. MK11 ditches grey bars for a much more visible gold, surrounded by a thick border. This is particularly important given the addition of offence and defence meters, which build over time and power new additions like counter moves and the usual special attacks.

Adding to the graphical improvements is the customisation system. There are various skins, weapons, augmentations, brutalities, and special abilities for the nine or ten characters in the build I play, with the ability to change individual elements like headgear. 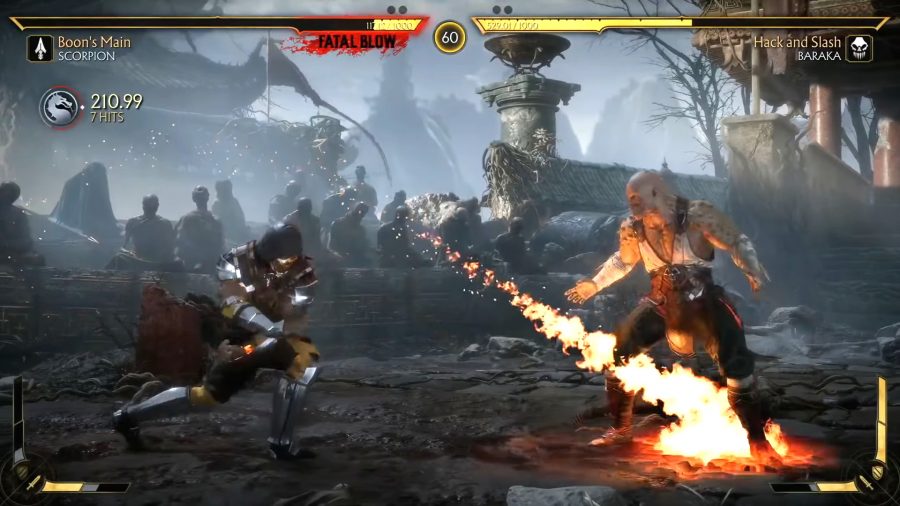 Speaking of unlocks, it’s worth noting that we still have absolutely no idea how MK11’s microtransaction system will play out. NetherRealm has taken strides by removing items that give a gameplay advantage from its cash store. The focus instead will be on those cosmetic upgrades and easy fatalities, which you can pay cash for or purchase with time crystals earned through gameplay.

Beat em-up: Here’s our list of the best fighting games on PC

Even so, I don’t think many will complain about having to play more Mortal Kombat 11. My time with the game is limited and I’m already eager for more. It’s certainly grabbed me – then choked me and ripped my arms from my torso – in a way recent installments haven’t.