However many RGB LEDs a company might tack on to its motherboards there’s no denying that they are one of the least sexy components you can buy for your rig. They’re absolutely vital to the compatibility of the rest of your components, and the smooth operation of your gaming PC, but when was the last time you heard someone say “I can’t wait for the next generation of motherboard” eh?

They’re a necessary means to an end for most PC gamers, and that’s fine. So long as a new motherboard does its job, doesn’t get in the way, and allows you to get the most out of the rest of your expensive PC hardware, that’s all you can ask. Unless you’re planning on strapping a bunch of graphics cards together, along with an unwieldy RAID array, then most of us PC gamers can get by with a relatively modest motherboard as the base of their PC.

And that’s what MSI’s MPG Z390 Gaming Edge AC is looking to offer. But, despite its relatively low price for a top-end chipset board, this MSI Z390 still has the sort of lengthy feature set you’d want for your gaming PC. What’s not to like?

From a features point of view… not a lot. The MSI MPG Z390 Gaming Edge AC has the requisite Z390 stalwarts of a pair of M.2 PCIe connections, both of which offer x4 bandwidth to their potential NVMe-based solid state drives. You, of course, have the option to install Intel’s most expensive gaming processor – the Core i9 9900K – and can jam in up to 128GB of memory too. A set of features for the money-no-object crowd then… though the sort of money-no-object crowd who might then lazily decide to pick up a pretty middling motherboard to stick all that other hardware into.

Chip shot: These are the best CPUs for gaming today

Anyways, there are all the other bits you’d want from a standard Z390 gaming motherboard, such as the three PCIe 3.0 slots. One for your GPU, another because you’ve convinced yourself one day you might have the spare reddies to drop a second expensive graphics card in for the ultimate PC, and the third because you’ve always wanted to make your own music and you need a dedicated sound card for that, right? 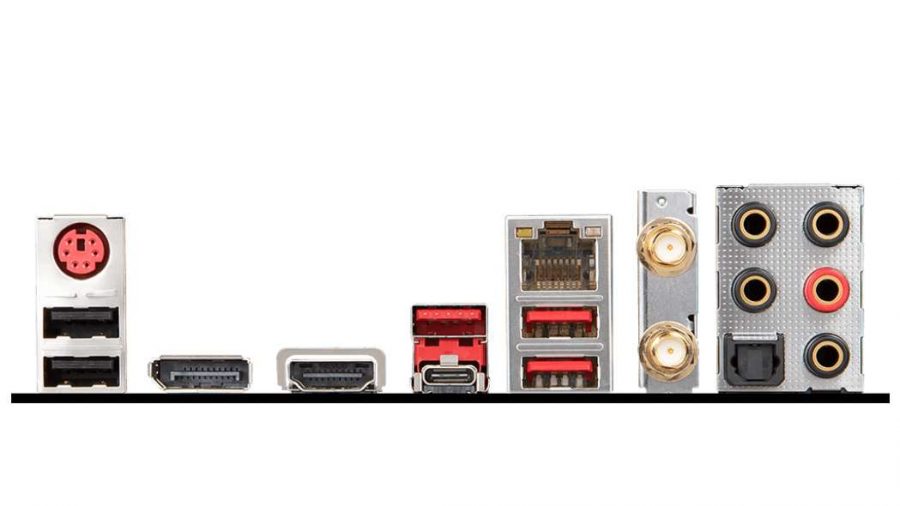 A quick look at the I/O panel of the MPG Z390 will immediately tell you all you need to know about the positioning of this MSI board, however. The metal-reinforced main PCIe slots and twin x4 M.2 sockets might have you thinking it’s a more premium design than it really is, but the generally limited connections on the rear side of the board put the lie to that.

With just a handful of USB ports on the I/O panel – a pair of USB 2.0 and four USB 3.1 of various kinds – it’s obvious that the MPG Z390 is a mainstream version of the top Intel chipset. Though with it being an ‘AC’ board it does come with Intel WiFi built in. You do also get a 7.1 channel audio panel, with isolated audio components on the board and a dedicated headphone amp capable of powering high-end headphones.

Together with the onboard audio MSI has included both microphone optimised features for in-game voice chat and impressively questionable marketing material on its product page. Witness exhibit A… 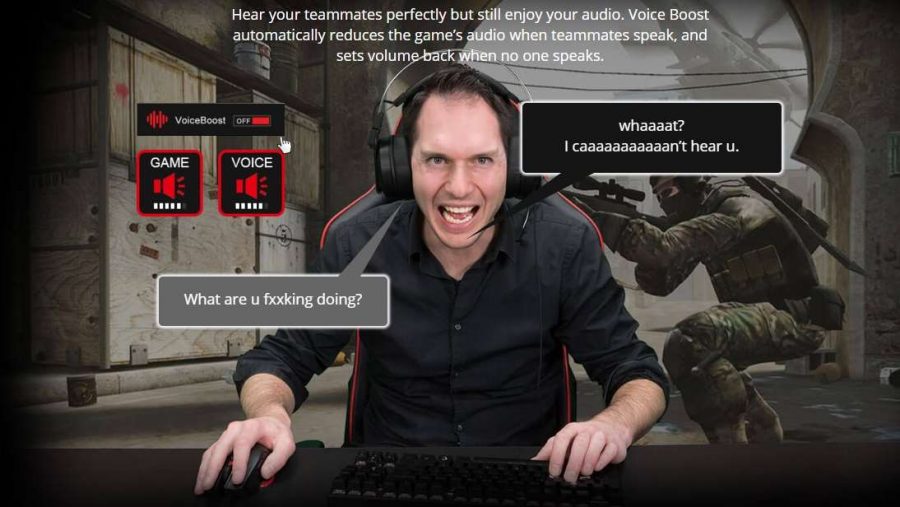 You also get board-level jumpers for addressable RGB strips in both Corsair and standard trim. There are also Mystic Light connections and built in LEDs for use with MSI’s own lighting setup. Import stuff, eh?

That rather mish-mash feature set is all completely forgivable for an affordable Z390 motherboard in the sub-$200 category; it offers some higher-end features, while eschewing some of the more extraneous options. Do you really need reinforced DIMM slots after all? 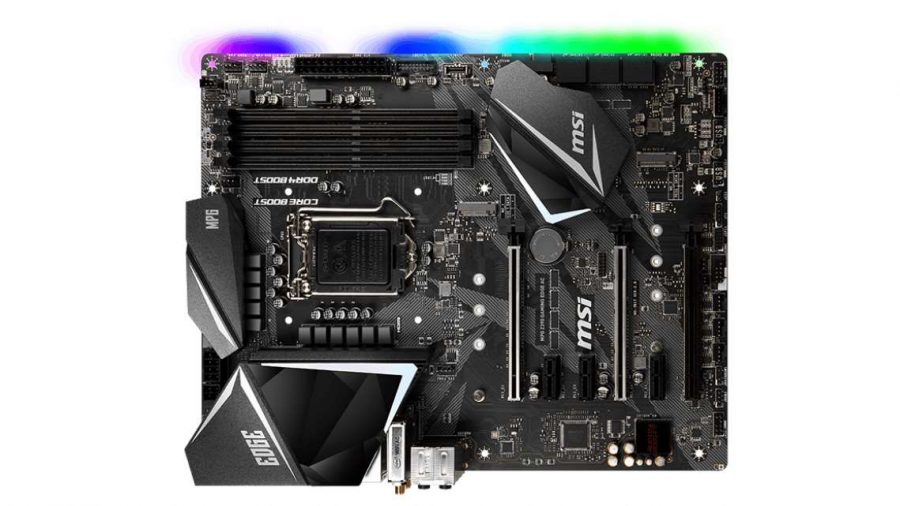 But, when you’re just looking for a board to be more or less invisible in terms of getting the most out of the expensive components you plug into it, it all comes down to how it actually performs out in the wild. And on that front the MSI MPG Z390 Gaming Edge AC is notably down compared with the Asus Z390 competition we’ve tested in the past.. and against older Z370 boards too.

In all the basic CPU metrics the Z390 is well down on the competition, all running the same Core i7 8700K processor, at the same 4.7GHz boost clock frequency. In Cinebench it is obviously off the mark compared with the other boards, and well down on PCMark too. It’s a touch closer with the X264 video encoding test, but the NVMe storage performance is also a little weak. And, when it comes to getting the most out of your graphics card, the 3DMark Time Spy result is a fair way behind too. 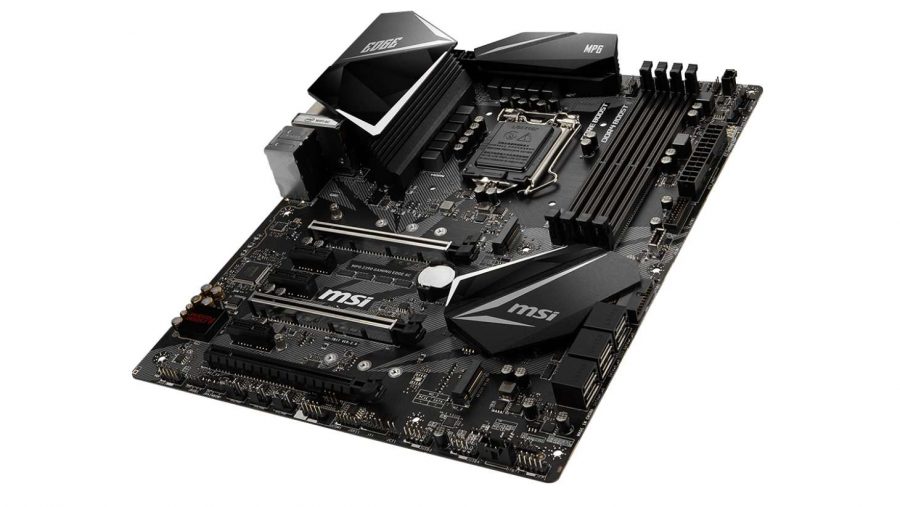 Which all ends up feeling just a little bit disappointing. For the most part the MSI MPG Z390 Gaming Edge AC has all the ingredients to make for a decent, mid-price board with the top-end Intel chipset, but outside of its feature set it struggles to offer enough basic performance to make it an easy recommendation for a PC gamer.

With that price tag, a strong feature set, and simple but striking design, the MPG Z390 ought to be a winner, but it feels a little lightweight in the end.

But the MSI MPG Z390 Gaming Edge AC isn’t a bad motherboard, especially given the price it retails for in the UK. On this sceptred isle it’s just £150, which makes it one of the cheapest Z390 boards around, but it’s closer to the $200 mark in the US and that’s a far tougher market.

One of the cheapest Z390 boards you can buy in the UK, but while the feature set remains pretty strong the actual straight line performance is a little off the pace of the big boys.