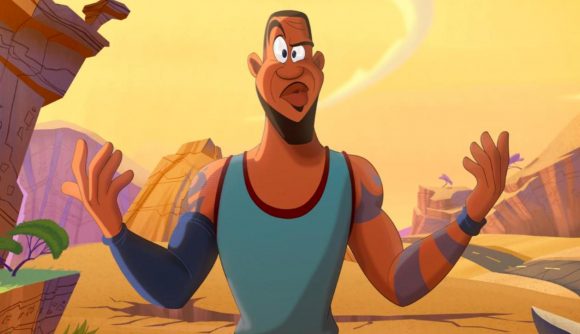 Warner Bros’ rumoured Smash Bros-style platform fighting game, supposedly codenamed Multiversus, has had a flood of leaks this week since the initial post on Monday. Stages, controls, early screenshots, and design documents have all since been leaked – as well as much of the Multiversus fighter roster.

Previously, it was rumoured that Warner Bros was working on a licenced platform-fighting game similar to Super Smash Bros or Nickelodeon All-Star Brawl. The rumoured was backed up by GamesBeat’s Jeff Grubb, who only denied that it was being made by NetherRealm – which Grubb says is focused on Mortal Kombat 12.

Since then a relative flood of info has come out about the project, which if true points to a roster of characters from diverse sources such as DC Comics, Mortal Kombat, Game of Thrones, Lord of the Rings, Steven Universe, and Rick and Morty. A number of design documents have also supposedly made their way online thanks to Smash Bros content creator PapaGenos (via ResetEra).

The images shared supposedly show Multiversus’ controls, that it continues the percentage damage style of Smash Bros and even some work-in-progress screenshots – with stages based on Rick and Morty and Adventure Time. Jeff Grubb even shared further info on Twitter, saying that Space Jam: A New Legacy star LeBron James is in talks to appear.

I can't confirm that this will go through, but I've heard that there are discussions of Lebron James, the character from Space Jam who hates video games, being one of the first DLC fighters.

Lending credence to the rumours is the fact that one of the first character roster leaks was actually pulled by Warner Bros, although it has since been shared again multiple times – including an expanded version which may contain temporary pictures for Scorpion and Sub-Zero.

Of course, none of this has been confirmed yet, so we’ll just have to wait and see if Warner Bros will go ahead and announce it already – fortunately there are plenty of Smash Bros-style games on PC already to keep us occupied in the meantime.