Imagine if someone fed Neil Gaiman a lot of cheese, taped a pen to his hand, and held a canvas in front of him all night, capturing the subjects of his mind’s eye as it writhed in the grip of cheddar-induced nightmares. It would look an awful lot like My Beautiful Paper Smile.

In a dystopian world where a mad king demands that every child be happy all the time, you are one of those unfortunate children, known as the Joyous, and you live in an industrial facility where you’re forced to wear a smile forever. As you might imagine, My Beautiful Paper Smile is not actually a happy game: it’s a horror story.

After hearing mysterious voices in your dreams, you make a bid for escape and explore the twisted world beyond the facility, running, dodging, sneaking, and solving puzzles to evade the Authorities, your own nightmares, and the many other dangers out in the wild.

The people and places of My Beautiful Paper Smile are built from black scrawlings on white paper, lit by cold white lights that cast a lot of shadow, and, as 2D objects in a 3D world, move with an unnatural juddering that sets the teeth on edge. 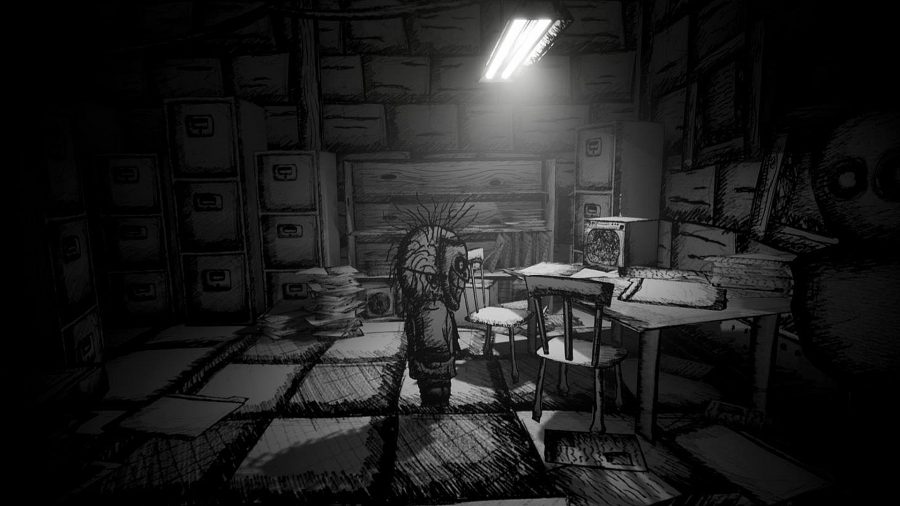 If Tim Burton is the demented lab assistant of your tastiest nightmares and you’ve cried for Coraline Blu-Rays to be melted down and injected into your veins more than once, then you’ll love this.

Face your nightmares in My Beautiful Paper Smile

You can download the demo version of My Beautiful Paper Smile for free on Steam right now, or pick it up the game in Steam Early Access right now.