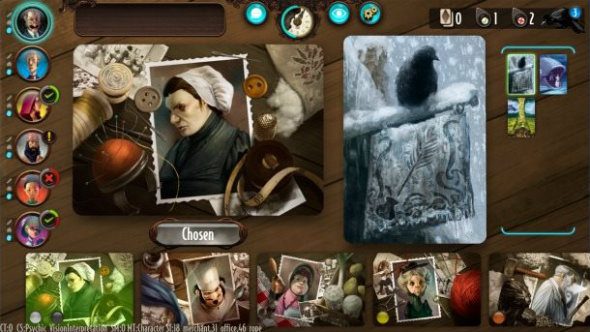 Update January 13, 2017: Mysterium has released, bringing the mystery of the Warwick Mansion ghost to PC.

To celebrate the launch, Asmodee Digital have released a new trailer, which you can watch above.

Keep up with all the upcoming PC games with our lovely list.

“Mysterium was born out of love for the darkandunsettling, which the paranormal world perfectly encapsulates,”says Alexandre David, Asmodee Digital product manager.

“Our aim was to create a flawless digital adaptation for the fans and at the same time devise a mysterious and brooding game withfun and excitement that everyone could enjoy.”

Original Story October 11, 2016:Asmodee Digital are releasing a digital version of Mysterium, a popular murder mystery board game, for PC and mobile, with cross-play available between the two platforms.

If you don’t already know, Mysterium is a murder mystery table-top game for 2-7 players. It’s asymmetric, with one player taking on the role of a murdered spirit, while the rest – playing as psychics – have to figure out how they died, and who did it.

They figure this out by looking over dream cards, each illustrated card guiding them towards a specific suspect with its abstract art.

“Mysterium allows players from all over the world to investigate together in multiplayer mode and cooperate through an in-game chat that enables fellow players to point out visual clues on a card,” says the blurb.

“Players can also share their visions with other psychics and approve or reject their choices with Clairvoyance Tokens. In Mysterium, up to 7 players can join together for fun, engaging games.”

There will also be a story mode for anyone who wants to tackle the mystery alone. The digital version will release on Steam this December, for $9.99.