There have been a lot of pretenders to the best PC controller crown, indeed it’s still a tug-of-war between the standard Xbox One controller and the DualShock 4 introduced with the PS4 console as to which is the go-to pad for PC gamers. But if you’re talking about the absolute best then it’s all but impossible to look beyond the almighty Xbox One Elite controller. And if you even think of waving a Steam Controller my way we’ll never talk again.

The Elite is the big game Nacon has its sights trained on with the release of the Revolution Unlimited Pro Controller, but it’s also taking some cues from the classic DualShock pad too with its PlayStation styling. If I had an ounce of engineering skill I’d pull apart my Xbox One Elite and a DS4 and mix and match the best of each to create the ultimate hybrid controller.

It kinda looks like someone at Nacon had pretty much the same thought, however, because the Revolution Unlimited looks for all the world like Nacon’s got a cross-species breeding program going down in its R&D department. The asymmetrical thumbstick layout and trigger design of Microsoft’s pad is arrayed around the familiar DualShock 4 trackpad, and it almost feels like the super-accurate DS4 thumbsticks have simply been transplanted.

The Revolution Unlimited is a wireless pad, both for the PC and on the PlayStation too. You can choose to wire directly into your chosen platform with the packaged USB Type-C to Type-A cable should you wish, but the bundled Bluetooth adapter should be your chosen weapon. Especially if you’ve just spent $179 (£165) for the privilege of a new controller.

Perfect pads: These are the best PC controllers around

Yes, that makes it a pricey pad… think the earlier reference to the Elite controller was an accident? But, while other companies, such as Razer with its Wolverine and Raiju, have tried to ape Microsoft’s success without much of their own, Nacon has created a controller with the build quality and functionality that we love about the Elite. 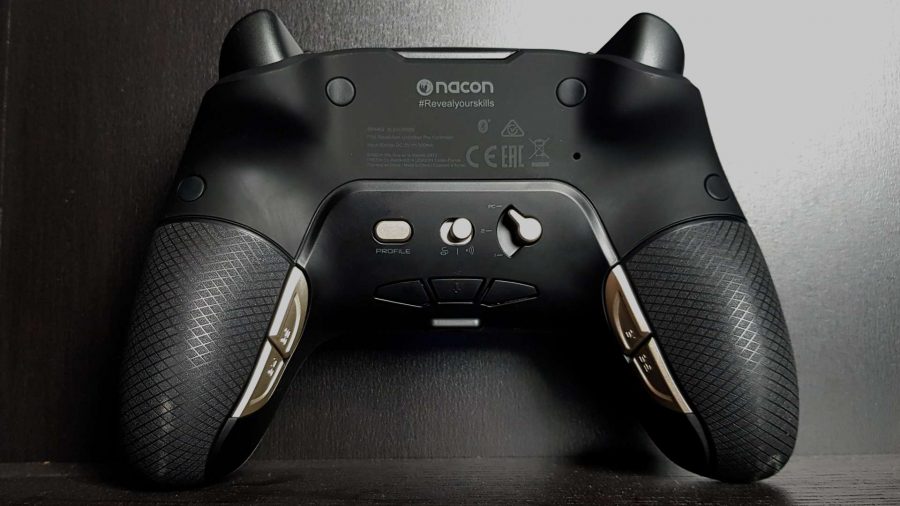 The Revolution Unlimited has ditched the paddle switches from the rear, instead opting for two pairs of buttons built into the grips. Their positioning means they don’t get activated by accident, as can often happen with the Elite, though they’re not quite as immediately accessible.

But it does have removable thumbsticks, allowing you to alter the rubber grip on top of them swapping convex for concave as you see fit. The biggest difference with this and the Elite, however, is in the travel of the thumbsticks themselves. By default the sticks have a huge amount of travel to them, allowing for a lot of finegrain movement, but you can also add different rings to the shafts, limiting that movement if you don’t require such analogue control. And, because they can be independently altered, you can have differing amounts of travel on the left and right sticks.

These thumbsticks are my absolute favourite part of the Revolution Unlimited. I’ve always found the Microsoft sticks just a little imprecise, while the DS4 thumbsticks are far more accurate, and Nacon has done a fantastic job here of matching the best. 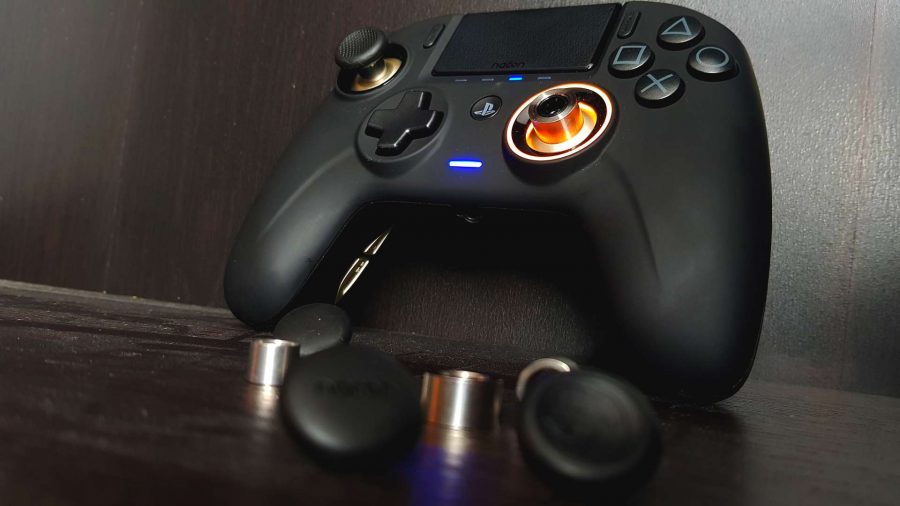 The overall build quality of the Revolution Ultimate is excellent too, feeling exactly like the premium pad that it’s trying to be. The smooth rubber finish of the pad is comfortable and feels a little like what I imagine stroking Bale’s Batman might feel like. The triggers are robust, but smooth, and have a decent amount of travel to them too. There are also adjustable weights you can secrete in the grips, really adding to that feeling of weighty technological robustness.

And you’ve gotta love the RGB LED ring around the right thumbstick, right?

It’s not all sunshine and unicorns, however. The software is appalling. Sure it looks nice, in that relatively clean, icon-driven way, but some of those icons are impenetrable. I mean, what does the eye indicate? There aren’t any pop-up tool tips so I have no idea what all those graphs are about.

It’s grand that it does offer such a huge range of configurability – with everything from the response curve of the sticks to the dead-zone of each trigger – but it’s a royal pain in the wobbly thing at the base of my spine. This is a wireless pad, and yet even if you are 100% connected to the PC wirelessly the Nacon software cannot see the controller, despite Windows having no problem accessing it. 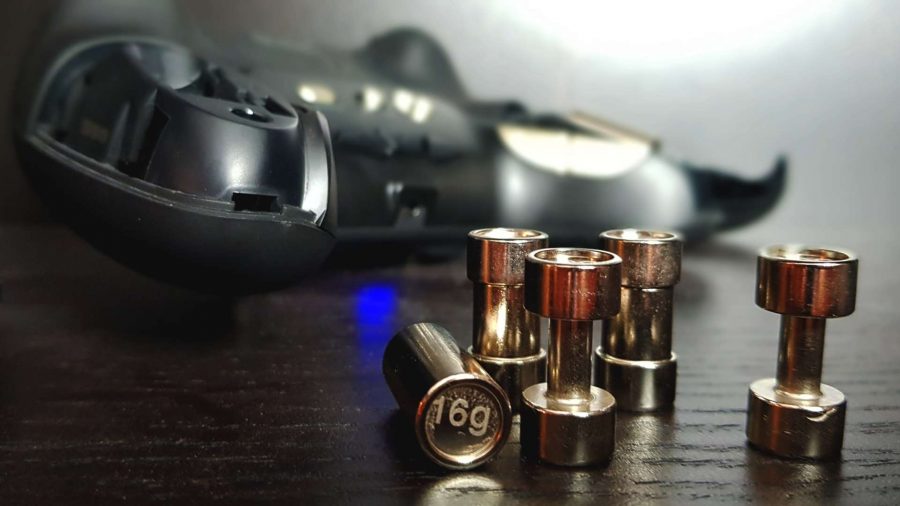 So you have to wire in to configure it. But only after you’ve gone through the rigmarole of creating a Nacon account and registered your device in order to gain access to download the controller’s software. I’ll admit, the only thing that got me through was wanting to change the colour of the RGB ring.

And I’m totally down with all the buttons on this pad, apart from the horrible shoulder buttons. They feel so flappy and loose that even the solid-sounding microswitch below can’t rid me of that feeling of revulsion having to depress them. Honestly, I’m just depressing myself at this point because other than those niggles, this is an excellent PC gaming pad.

Yes, it is a pricey controller, more so than the excellent Xbox One Elite, but it has an excellent build quality (shoulder buttons notwithstanding) and is hugely customisable. Even if you do have to suffer through some janky software to get there.

It’s almost the ultimate PC controller, a hybrid of Microsoft and Sony’s pad designs with an impressively premium build quality.