Bethesda just announced a change in their review code policy, which now makes explicitly clear the publisher won’t be handing out code until the day before release. People have since expressed opinions about that, as you might have seen.

I love a hot take like I love to see an advert fail to load, or an irate but misinformed caller taken apart by a talk show radio host. But in light of the news that reviewers won’t be getting code until 24 hours before the release of big titles – an industry-wide trend that Bethesda taking the brunt for by being clear about it – I’m sanguine. I’m sanguine because a terrible, terrible thing happened to me last night that changed the way I’ll think about scoring games.

Want to take the power of critical discourse back into your own hands? Leave a review on our BetterCritic reviews page.

I’m 78 hours into an NBA 2K17 career mode. It might not sound like a lot, but the game only released in September and I don’t get as much time to play videogames as I did. Basically, I’m incredibly invested in this.

Drawing ever nearer on my calendar is the All-Star weekend, which I’ve had an eye on for 50 NBA games. I’ve been diligently gathering rebounds, setting picks for team-mates and taking high-percentage shots for 78 hours in the hopes of getting a call-up. 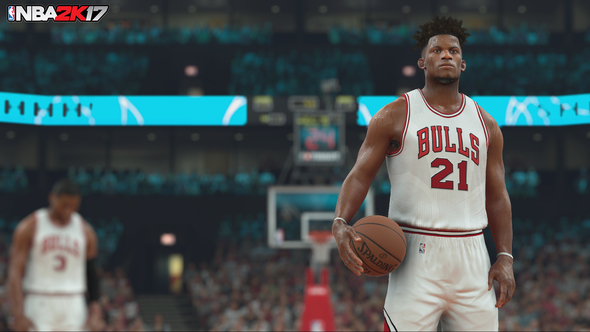 Then, the commentary team announce that I’ve made it. I’m taking part in the Rising Stars challenge, the dunk contest and three-point contest. Between quarters, amped-up promotional videos tease my participation in these events. I’m incredibly excited. It’s like the final boss battle in an 80-hour RPG, except there are no guarantees you’ll even be invited to participate in it. And I just have been. What a moment.

The first pangs of unease set in when the establishing shot camera of the Rising Stars game spins wildly around the underneath of the court, showing the underside of bleachers and a whole lot of grey nothingness. Then the official throws the ball up for the tip-off, and my player is nowhere to be seen.

I could handle the idea that I’m not a starter, but that’s not what’s happening here. I’m not seeing that familiar first-person view from the bench, or the option to skip forwards until I’m called into the game. I’m just watching the AI play itself, oblivious to my apparently unnecessary presence.

I even hit the instant replay button and use the camera to search for my player on the benches. He’s not there. I feel like I got invited to a cool kids’ party as a joke and then turned up anyway because I didn’t understand.

I have two options: sim to the end of the game, or save and quit. Saving and quitting would only allow me to re-enter the game upon reloading, and NBA 2K17 saves whenever you begin a game anyway, so restarting my machine would achieve the same result. Simming to the end would at least spare me from having to watch the AI play the game I was supposed to be playing, so I do that. 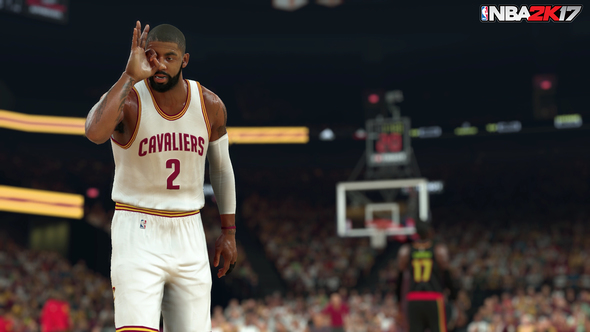 It sims the entire All-Star weekend.

No dunk contest. No three-point contest. When I’m spat back out into the calendar, I learn that somewhere along that weekend of definitely not playing basketball, I tore a hamstring and am now injured for the rest of the season. No playoffs. No championship ring. If I want another shot at being an All-Star, or winning a championship, I’m looking at another 80 hours of play.

I consider that a game-breaking bug. There are several threads across the internet started by 2K17 players who’ve had the same bug, or variations of it. There’s no workaround, and 2K haven’t commented on it. This comes after the latest update removed all cut-scenes from My Career mode, which was also fairly annoying for people as invested as I was. Oh, and the bug that makes certain players’ arms invisible. And the one that seems to halt your progress through sponsorship deals, which affects your VC earnings.

It all makes me think: is NBA 2K17 a good game, or a bad one? It’s a game I’d definitely have given at least a 9/10 if I’d reviewed it at launch. Even after a week’s play post-launch. If I had, I’d have been in line with pretty much everyone else who reviewed it at that time. There are many, many gleaming qualities to the game, from the fundamentals to the breadth of modes and polished presentation. I’ve also felt compelled to play it for 78 hours, which is worth something.

And yet: that All-Star weekend. All the bugs(the subreddit I’m linking to there is also home to that magnificent armless header image, a glitch I’ve encountered many times). The day they offered a sale on VC, then the store broke and the sale wasn’t extended. My particular combination of misfortune is pretty unlikely, but there are numerous reports from people experiencing those problems individually – particularly the All-Star glitch, which has been present for several games. Are these really the trappings of a 9/10 game? If it’s a great game, why do I feel like I wasted those 78 hours? Why have I lost all desire to continue with it? Whatever the answer, it isn’t as simple as slapping a score on it. 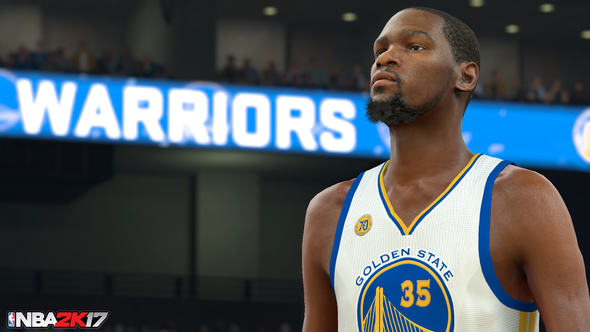 So when I hear the very next day that a publisher isn’t handing out code until 24 hours before release, it chimes with my previous evening’s debacle. There are some games – a lot of them, actually – that you just can’t know until a month after release. Until day-one patches and subsequent updates have pulled the balancing and economy this way and that. Until bugs are identified, squashed, reintroduced, worsened, ignored, or given up on altogether.

Bethesda’s announcement certainly doesn’t have a positive air to it, especially in light of the YouTube videos featuring final code of Skyrim Remastered posted much longer than 24 hours before release, and the early unlock pre-order bonus the publisher offers on that same game. But I’m not sure it’s going to have a tremendous impact on the accuracy and value of first-wave reviews, and by extension on consumers looking to make informed purchasing decisions based on critical opinion.

I don’t have a solution to offer, short of the games media all shaking hands and agreeing, swearsies, not to post reviews of anything until it’s been out in the wild for 28 days. It’s becoming increasingly clear with moments like Bethesda’s announcement that games have evolved at a much quicker rate than the legal, marketing and editorial systems constructed around them which provide reviews. Games are platforms now, not products, and in the long-term their creators, financiers and critics need to find a way to talk about them without hitting such fundamental walls.