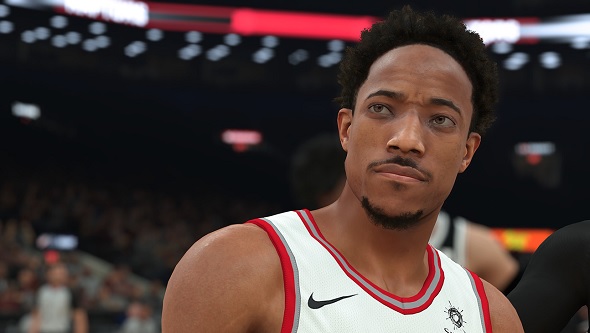 NBA 2K18 is a very good basketball game. This year’s entry to the series introduces an open-world setting to the franchise’s longstanding headline act, My Career. There are lots of fantastic things about it, but there’s also one not-so-fantastic facet that’s been growing like bathroom mould for a few years now: the microtransactions are getting a bit absurd.

Oh well, it’s not like sports games on PC don’t have a history of being atrocious.

Some people are saying 2K have gone too far, that the grind to earn VC without paying real-world money has become too punishing, and the sheer number of transactions lurking in that new open world crosses a line. Rather than postulate from the comfort of our desks, we asked a young NBA rookie who lost it all. DJ ‘DJ’ Jamison was once the hottest small forward in the league, before financial difficulties forced him out of the game he once loved. Here is his story. 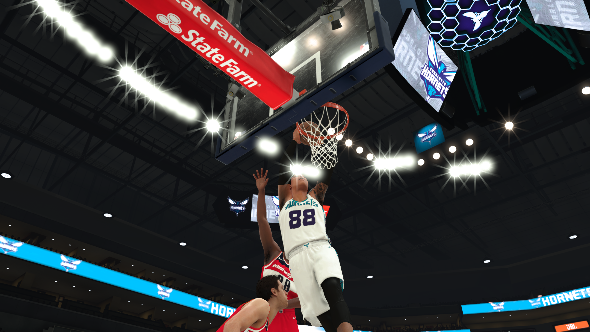 The NBA, baby! I’m getting recognised on the streets, asked for autographs – even the pop-up juice bar guy knows who I am. My dream really has come true.

Still, it’s a dream I’ve had to work hard to achieve, and there’s a lot more work to come. On my first day with the Charlotte Hornets, the coaching team assessed my overall rating to be 60. Too low to make an uncontested jump shot, make a layup or dunk in traffic, or grab a rebound in an NBA game, but apparently more than ample to warrant a place on their roster. Well, it is the Hornets. I guess they were thinking it’s either me or Treveon Graham out there. 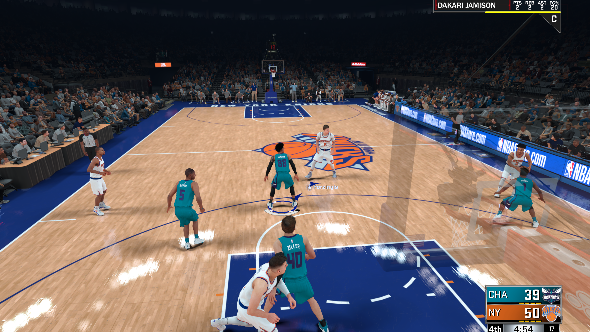 It’s not enough. I’m still a 0% field goal shooter, and in five minutes of court time in my debut game, the single rebound I recorded earned me a salary of about 500 VC. Demoralised, I look again at my overall rating and ponder the road to hitting 85 overall, my current max. It’ll cost me about 200,000 VC, or about two 82-game seasons worth of salary. That’s 164 games of putting up Javale McGee layups and lolloping haplessly around the court while my coaches watch on, writing ‘C-’ on their reports after every game. Screw that. 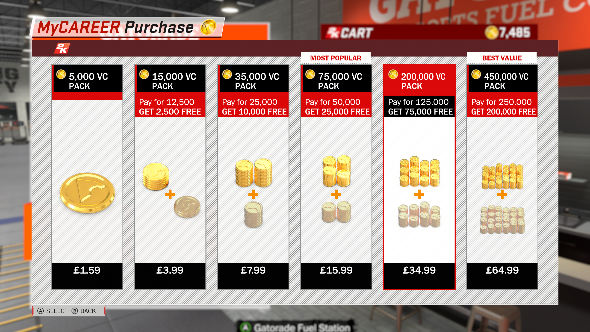 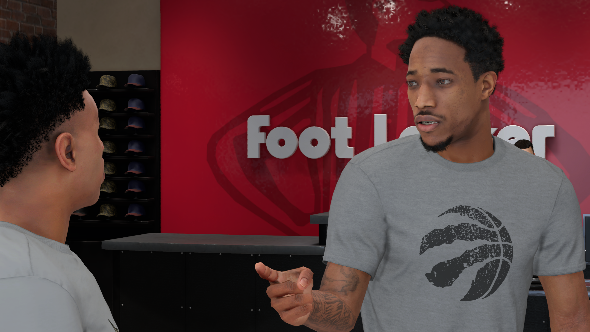 I head to the local Foot Locker and bump into Raptors superstar DeMar DeRozan, which is cool. 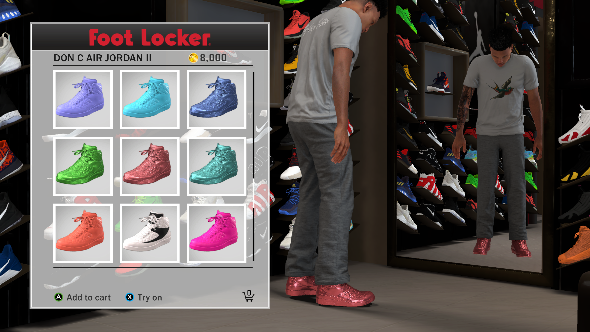 Then I try on a new pair of Jordans. “How much for these?” I ask the assistant. “8,000 VC” she replies. For real? 16 games’ salary on a pair of sneakers? I start to ask her if she saw me chatting with DeMar DeRozan just now, but think better of it and quickly leave. 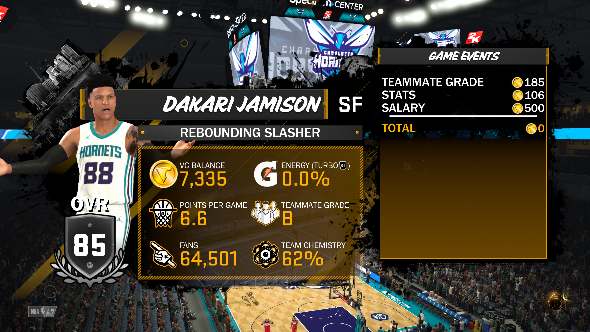 That 85 overall rating certainly helped my game. From the bench, I record 17 points, seven rebounds, and two assists, with an overall A- rating. Waiting for the VC windfall, I head to the locker room, and… 791 VC rolls in. If I play like that for the next nine games, I’ll very nearly be able to afford that pair of shoes I tried on. Word. 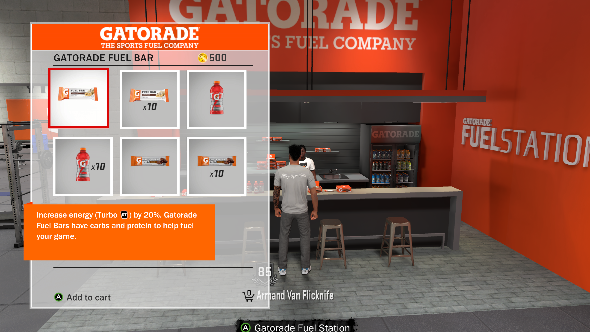 Starting to think people are taking advantage of me in the local shops. The guy at the gym just tried to charge me 3,000 VC for ten protein shakes, and down at the NBA store they priced a 1992-3 Muggsy Bogues Hornets jersey, the team I now play for, at 5,000 VC. 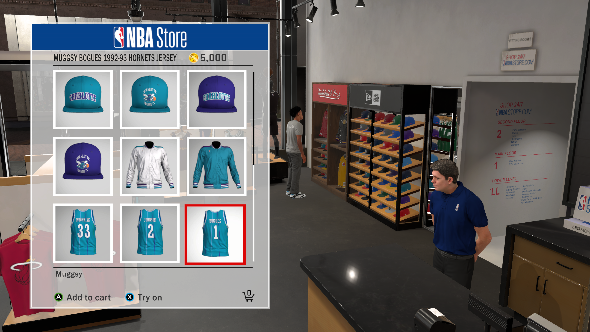 The tattoo parlour wanted 3,000 for a tattoo, even though I’ve been wearing their t-shirt around town to promote them. 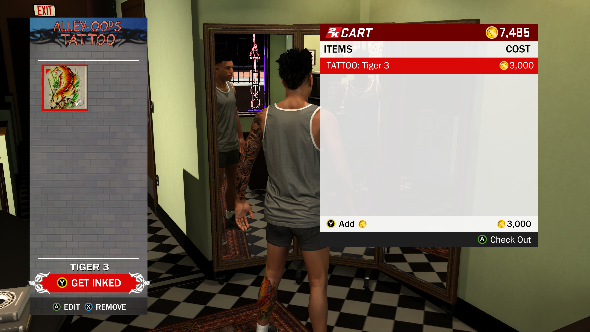 Still, at least the guys at the barbershop are on the level. 100 VC for a haircut, 100 VC for a shave. Their prices were more than ten times that before the most recent update, so I guess their overheads have decreased or something. 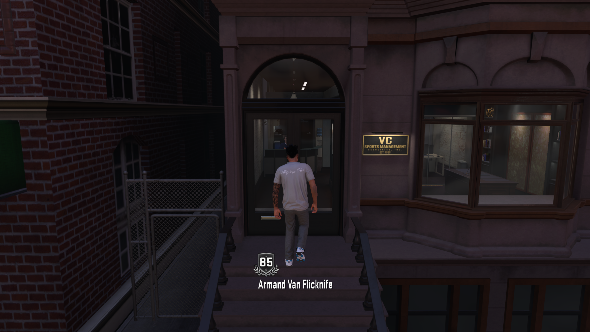 Finally, some paydirt for all the promotional work I’ve been doing lately. My agent calls me into his office to collect the payment on a job I did for Weaver’s Traffic School. He slides a cheque for 150 VC my way. “Wait, what?” I say. 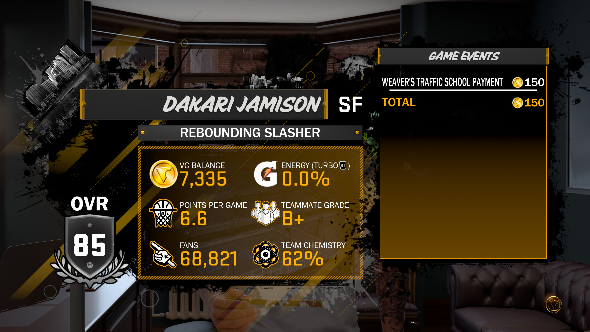 “That’s the rate” he says, unmoved.

I can no longer afford to live in the city in which I play pro basketball. I’m 206,000 VC down in my first week, and I’m being paid 800 VC per game while clothing stores are making 3,000 VC for every pair of green moto jeans they sell. It isn’t worth it. 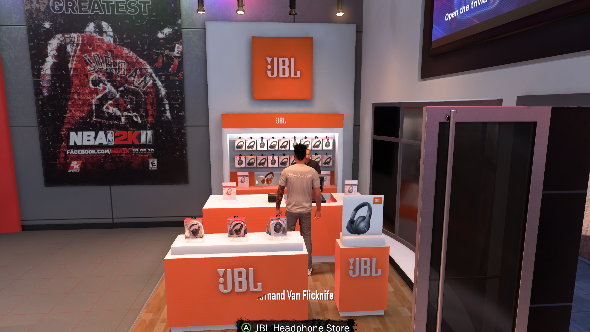 I drop a CV off with the JBL guy (He’s on 2,000 for every pair of headphones sold) and hope for the best. So long, NBA. Hello service sector.