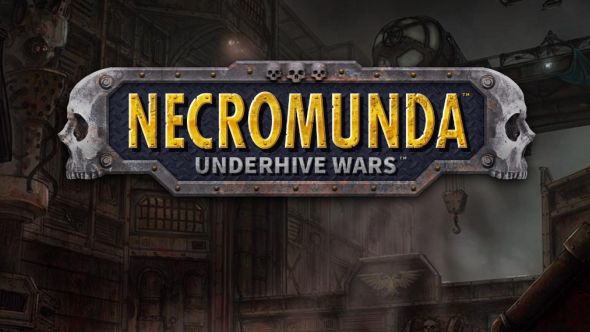 The latest offspring of Games Workshop’s recent leporine profligacy with its Warhammer licences is Necromunda, the videogame version of the ‘specialist’ tabletop game of the same name. Set in the Warhammer 40,000 universe, it will be developed by Rogue Factor, the folk who brought you Mordheim: City of the Damned.

Are you hyped? Get further hyped with our list of the most exciting upcoming PC games.

Games Workshop is most famous for Warhammer 40,000 and the now-deceased Warhammer Fantasy (RIP) tabletop games, but what you may not know is they also made a great many more niche games based in those same universes. Mordheim was one, Blood Bowl another, and Space Hulk a third, all of which have had videogame adaptations.

Necromunda was a much-loved ‘skirmish’ game in which small squads of characters did battle in the titular planet’s hive cities. A typical example of the 40K universe’s awesome scale, Necromunda’s hive cities reached into the atmosphere, their populations numbered in the trillions, and they pumped out billions of tons of manufactured goods every single day to feed the insatiable war machine of the Imperium of Man.

The announcement that Necromunda is getting a videogame adaptation, properly called Necromunda: Underhive Wars, comes via a new Facebook pageand a new website, both of which are sadly short on detail. We’ll hear more at publisher Focus Home Interactive’s What’s Next event in Paris, on February 1 and 2. Until then, however, we don’t know much more than the good news that it’s happening.

Rogue Factor’s experience on Mordheim makes them a good choice to develop the game, however, as Necromunda is a comparable concept. If it’s a faithful adaptation of the tabletop game with Mordheim’s approach, expect an XCOM-like squad tactics game, with imperial guardsmen trading lasgun shots with space orks across a tangle of grimy catwalks.

We’ll keep you posted. In the meantime, check out Mordheim on Steam. What’s the next Warhammer game to step into the digital realm? Place your bets in the comments.