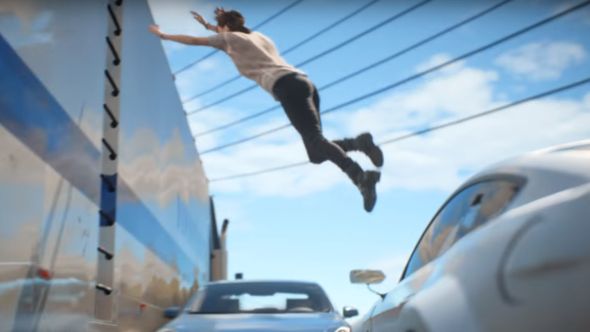 Need For Speed Payback, best described as EA and Ghost Games’ attempt at taking the Fast & Furious hype and making a game out of it, got its first proper showing at the EA Play event. Look above for a little gameplay.

What else is happening during E3? All this.

As you can see, it really is riffing off Fast & Furious. All it’s missing is Vin Diesel and his meat-headed pals. Mind you, it will have three playable characters that you can switch between. Whether the timing of this switching is in your hands or not isn’t known at this point.

We do know it’ll have a massive open world to tear around, though. Seeing as this is a videogame in 2017 there will also be customisation. At least that makes sense here, mind – I still have a fondness for fiddling with vinyls and neon under-lights in NFS Underground.

We got a quick look at the customisation too, showing off muscle cars, a Nissan 350z, and even a Volkswagen Beetle. Yep, you heard. EA even pimped out a Beetle, changing its hood, bumpers, headlights, wheel arches, side skirts, wheels, rims, trunk, and more, taking it from a derelict car to something Xzibit would park outside your house.

You can even completely change a car’s function, making a Beetle that’s amazing at drifting, or even kitting it out with a roll-cage for some off-road action. Once you’re happy with the look and feel, wrap it in a vinyl and take to the road.

It won’t be just about street racing, though – this’ll be full of explosive set-pieces, as you can see in the new trailer. Need for Speed payback is out on November 10.