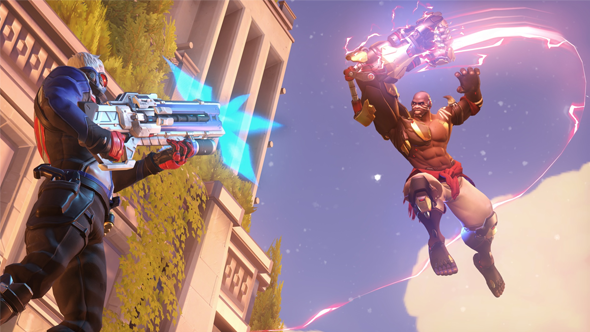 In November last year, job ads on the Blizzard website hinted that big blue were working on a new first-person game. Another pair of job ads now suggest this game will have vehicles.

We spoke to Jeff Kaplan himself about new characters, new events, toxicity, and more.

Blizzard are on the hunt for two new software engineers, one of which will “help create vehicles” in “a robust first-person engine.” There’s not much to say about the other vacancy, which looks like a fairly standard ad for a gameplay engineer. The ideal candidate has experience in at least one of “combat, multiplayer, uiser interface or other game systems, from AI and pathing to animation.”

It’s also worth noting that both candidates “must be comfortable working within and adding to an established code framework,” which suggests much of the game’s tech already exists. Since the project started hiring a year ago, this could just mean they’ve built a codebase in that time.

The other possibility is that the new project is related to Blizzard’sotherfirst-person game, Overwatch, which has been just a little bit successful. It also has a lot of backstory that players are keen to explore, as we’ve seen with last year’s well-received Uprising event.Other job openings on apparently the same projectmade mention of character sheets and familiarity with Blizzard universes and lore, which hardly disproves this theory.

So there’s lots of potential, both in terms of demand and possible content for a single-player extension or a spin-off. An Omnic Wars campaign, perhaps?