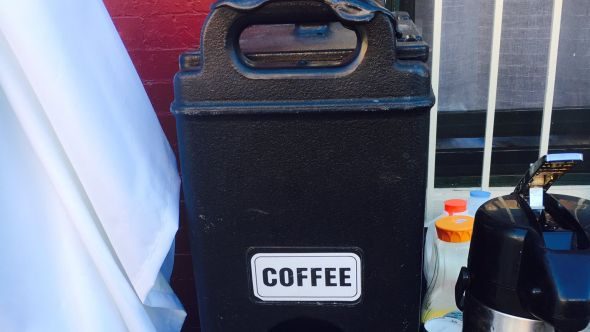 We’re a couple of years removed from excellent police procedural and mystery game Her Story now, which has given creator Sam Barlow ample time to work on his next project. A tentatively titled Her Story 2 – with no link to the original – was teased well over a year ago now, with little news since. Today, it looks like Barlow has kicked off something new.

Here are the best indie games ever made.

Those hoping for definitive clarity may be disappointed. Here’s the man’s tweet about day one on a new project:

Day 01 of a thing. pic.twitter.com/mXwvKV0YkK

Coffee confirmed?! Try not to get too excited. This does come just a couple of days after, in another tweet, Barlow confirmed he’d “start talking about what’s next” soon.

To speculate, we’d expect another unconventional, narrative-driven adventure game. Beyond that, we couldn’t guess. Hopefully it’s just as surprising – and just as good – as one of the best games of 2015.