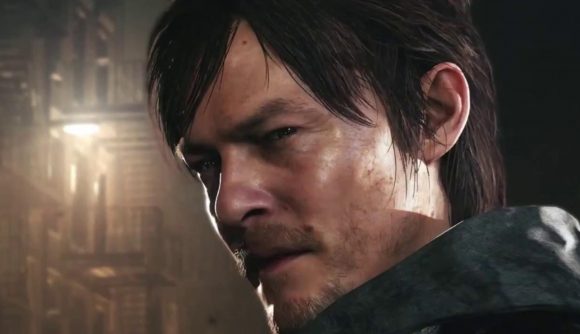 Konami says it is “considering ways to provide the next title” in the Silent Hill series, following recent rumours that the publisher was working on two games in the franchise. Konami didn’t explicitly respond to those rumours, but it did confirm the series is still in its thoughts.

“We cannot share anything at this point, but we are listening to customer feedback and considering ways to provide the next title,” a Konami representative tells PCGamesN. The statement doesn’t give too much away, but it’s promising to hear the company is mulling over a new entry.

Silent Hill has been, well, silent since 2012, when both Downpour and the dungeon-crawler spin-off Book of Memories launched. P.T., a playable teaser for a new game titled Silent Hills, was released in 2014, but the full game was later cancelled following director Hideo Kojima’s departure from Konami. No Silent Hill game has since been announced.

Rumours over the weekend stated Konami had approached developers in the hope of making two Silent Hill games: one, the report stated, was to be a “soft reboot” of the franchise, while the other is apparently “an episodic Telltale/Until Dawn-style game”. The rumours remain unsubstantiated and Konami was not drawn on their veracity.

For now, you’ll have to make do with a fan mockup of what SIlent Hill would look like in Unreal. Phwoooar.