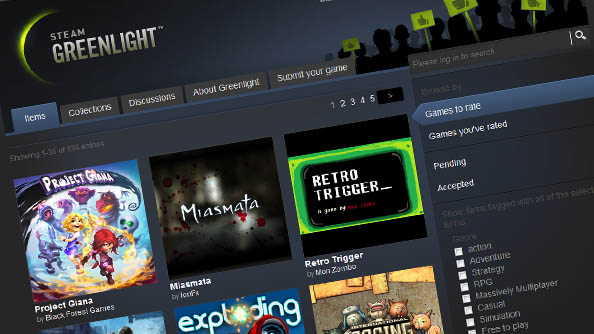 Valve’s Greenlight replacement, Steam Direct, has seen a sharp spike in the number of games released on Steam in the month since its launch. But is that a legacy of the Greenlight backlog or symptomatic of a new wave of indie gaming?

The CEO of ICO Partners, a games consultancy company based in Brighton, recently tweeted about the number of games released on Steam for each week since mid-April. The attached graph shows a steep rise towards the end, pointing at the launch of Steam Direct on June 13 as a key inflection point.

The weeks since Steam Direct’s implementation have seen the releases rise to a high of 215 titles launched in the week running up to August 7. 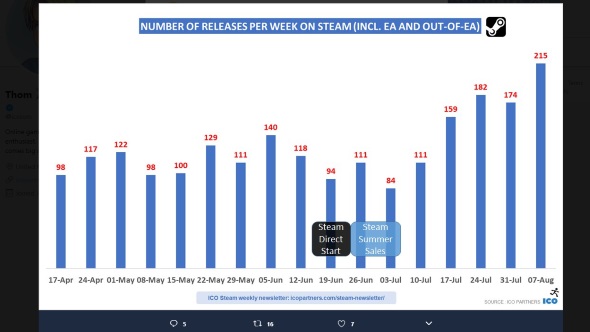 But Valve themselves have said, in their Steam Direct launch blog, they expected “that there will be an initial surge of new submissions and then a new rate somewhat higher than what was coming through Greenlight.”

According to ICO Partners’ Thomas Bideaux the number of games released in the first week of July is almost three times higher than the number for the corresponding week last year. However, we don’t necessarily know how many of this recent glut of Steam games have come via the Direct service or have come from the backlog of some 3,400 titles that had already paid their charitable Greenlight cash and were still waiting on Valve giving them the nod as the service wound down. 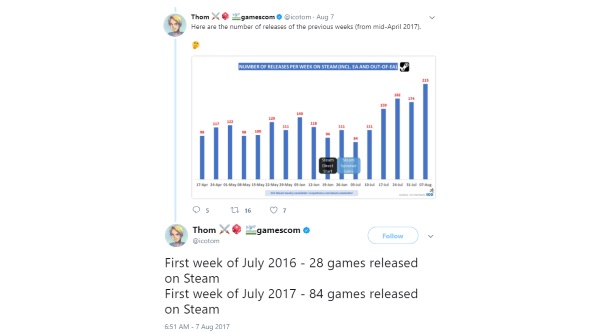 It’s likely the number of new releases will settle down from the current high, but Valve estimates that it will still be “somewhat higher than what was coming through Greenlight.” Other marketing bods are suggesting we could be in for six months of over 200 releases per week just to get through that Greenlight backlog.

Whether the Steam Direct titles will actually be better games, or games that people definitely want to play, is still to be seen. There’s no voting system in Steam Direct – if you pay your money, the game works as intended and doesn’t install random donkey pr0n on your system, then it’ll hit the store.

While Steam Direct is supposedly more transparent for developers, there is currently no obvious way to tell if a game has hit the store through the new service or via more traditional channels. That transparency, however, is the biggest plus point for this new route to market for indie game developers. 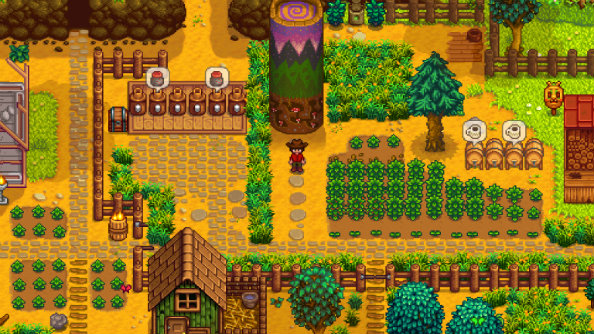 Greenlight eventually evolved to deliver some stats to waiting developers, but after paying their $100 charitable donation ‘fee’ they were often left in the dark as to how long they might have to wait for a title to hit the store, or even what the criteria were for one getting Greenlit. Many still found the process needlessly opaque even once their games had gone through the long-winded system and found their way onto Steam’s virtual shelves.

Steam Direct is a lot more straightforward. You send Valve some digital paperwork, which allows them to vet you and your company, through business details, and a tax and identification verification process. Then you pay your $100 fee to Valve, per title, before they carry out a brief review period, checking the basic functionality of your game.

Valve say that shouldn’t take much more than a couple of days and that even the $100 fee is recoverable once your game has sold at least $1,000 through the Steam Store or via in-app purchases.