Thrustmaster would like very much for you to know that they’re releasing two new steering wheels quite soon. The T 150 Force Feedback and T 150 Ferrari wheels will both be priced at £160, the latter featuring an identical spec to the former, but comes emblazoned in prancing horse branding.

Both wheels are compatible with PS4/PS3 in addition to PC, and measure 11 inches in diameter. The rotation angle’s adjustable from 270° (handy in Project CARS and the like) to a wrist-powdering 1080° (Euro Truck Sim et al). 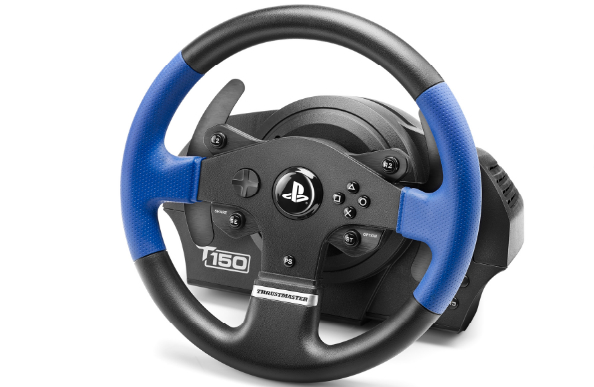 Unlike higher end wheels the T 150 models feature just two pedals and two flappy paddle gear shifters, so if you like driving with a clutch and sequential gear shifter you’re best off with the likes of Logitech’s evergreen G27. Both models are due this October – or ‘screeching towards the chequered flag of commercial release’ if you prefer – but Thrustmaster has yet to specify an exact date.

On the hunt for a decent joyride? Our 10 best racing games willl steer you in the right direction.