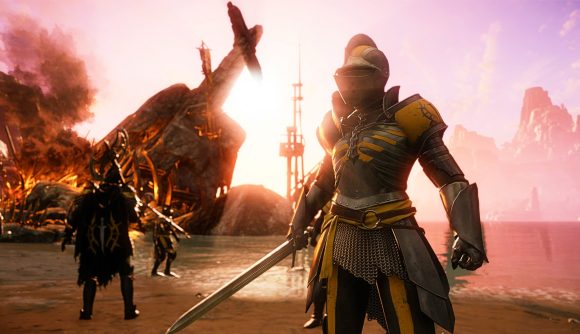 Earlier this month, New World developer Amazon Games pushed a whole bunch of changes to the MMORPG’s public testing realm (PTR) for fans to test-drive ahead of the next major patch. Among a bunch of balance changes and updates, there’s a significant new feature coming that’ll shake up endgame combat called Expedition Mutators – and it sounds like this is something the devs want to introduce even more of in the future.

“We love variety!” world experience lead Mike Willette tells us. “There are a ton of different MMOs, roguelikes, and action-adventure games that inspired our first steps in developing Mutators. We wanted ways to challenge players and give them awesome rewards. We developed layers of challenges through the many afflictions, family types, and abilities offered in the game. Each one needs to be dealt with differently, requires better gear and teamwork, and gives better rewards!”

For context, Expedition Mutators are essentially modifiers that add some variety by “augmenting ‘normal’ and ‘named’ enemies found within Expeditions, changing the way encounters play out and what strategies players should consider before battle”, as Amazon initially explained. Unique combinations of Expeditions and Mutations rotate each week, and players battle their way up a ladder of difficulty, up to the top encounters which should be “extremely difficult”.

There are a select number that have been up for testing so far ahead of the major update, with Dynasty Shipyard, Garden of Genesis, and Lazarus Instrumentality rotating every 48 hours on the PTR, and a “total of eight different mutation combinations” randomly cycling alongside those. But, it sounds like these offerings are just the beginning.

“We are continually looking for ways to add meaningful content and variety to the game,” Willette tells us. “Mutators [are] just the beginning. They challenge players to try different playstyles, gear, and team compositions in order to obtain new resources and gear to grow in power. Expect to see more Expeditions and Mutators in the future.” 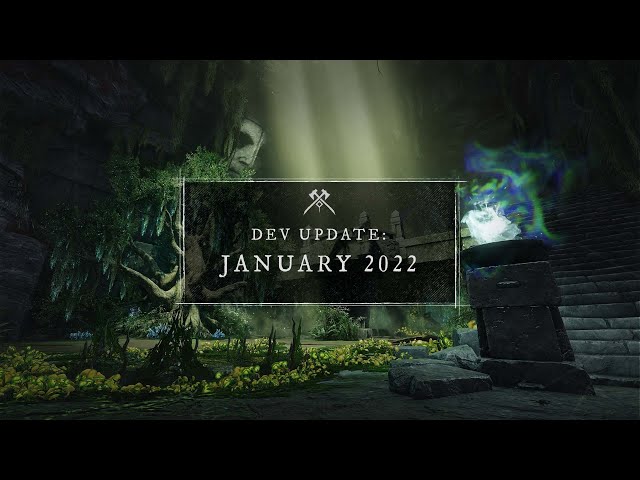 It seems this is something that’ll please fans who have been giving them a whirl, with Willette telling us feedback on Mutated Expeditions has been “very positive” so far. “We’ve received feedback on cadence of schedule, mutation combinations, and if there is a chance we could mutate lower level expeditions,” he says. In the way of surprises, he tells us he’s “not sure I should call this a surprise, but I watched one group destroy a mini boss so quickly my jaw dropped. They had amazing coordination and cycled their CCs extremely well.” Willette additionally shares that he’s got to see “many unique builds and loadout combinations I hadn’t thought of before and some really good Expedition clear times!” So it seems players are taking to the new feature swimmingly so far.

As for changes the team’s making in response to player-reported hiccups and feedback, though, Willette explains the team has seen “bugs that we were able to address, like some named enemies becoming much harder with certain mutation combinations, and negative scores unlocking new difficulties”. The context behind this is that players “can get negative scores by using too many respawns or team wiping”, while hitting higher scores will net you a better rating overall, which in turn unlocks the next difficulty level up. 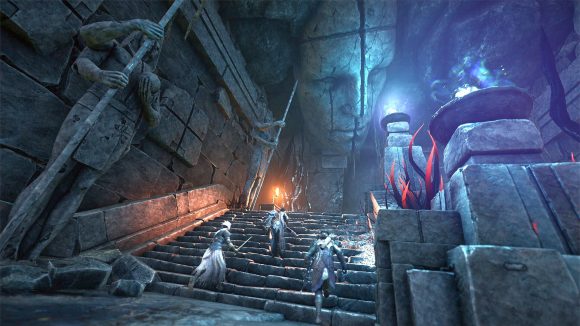 If you’re keen to find out more about Expedition Mutators, you can catch Amazon’s PTR post through the link in the copy above, or you can tune into the new developer update clip above to see the new feature in action.