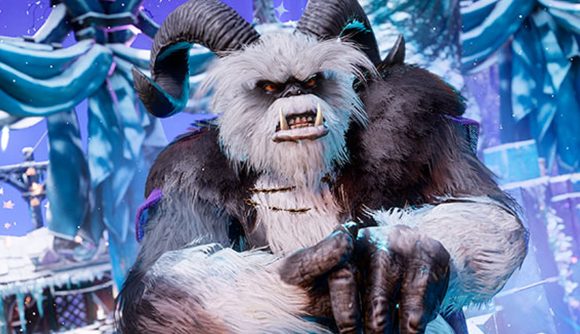 The New World Winter Convergence end date has been pushed back because the MMO’s first holiday festival has proved too dang popular. The Winter event has now been extended two weeks to January 25, so players have until the end of the month to get those presents.

The Winter Convergence is New World’s first proper event since it launched a few months ago, and it began on December 16. Apart from covering Aeternum with snow, the festival has added new quests, activities, items, weapons, and the mysterious yeti known as the Winter Wanderer – who’s either a benevolent Santa or a terrible warrior.

Originally the Winter Convergence was due to end next Tuesday, January 11, but in a recent community update developer Amazon Game Studios says it’s extending this two weeks – so the event won’t conclude until January 25, “due to the fantastic turnout” the team has seen from the festival. Furthermore, from January 21 to 25 all of the event’s giveaway items will be available to grab.

As Amazon reminds players, this isn’t just a general extension, but it’s also a chance for players to grab all the various event-only rewards. “You might not see them again,” the developer warns. Any unopened presents or unused event tokens will be removed after January 25, so make sure to make the most out of the Winter Convergence and get all the rewards before it concludes.

It’s good to hear that New World will give players a chance to slow down rather than rush, especially as game director Scot Lane admitted to us that the studio “made mistakes by moving too fast” with the MMO.