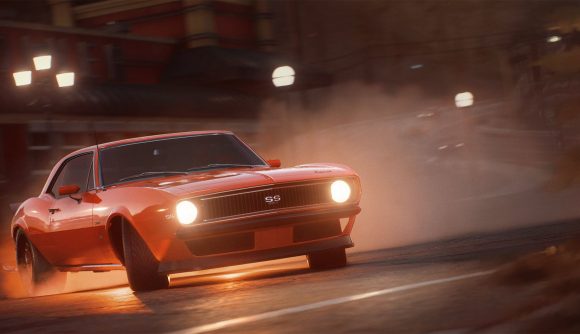 It’s no surprise that another entry in the inescapable Need for Speed series is coming, but here’s the kicker: Criterion Games is back in charge of the series after several entries from Ghost Games. Criterion was the studio behind Burnout (before that series of arcade racing games sadly disappeared) and has been responsible for some of the more well-liked modern NFS titles, including 2010’s Hot Pursuit and 2012’s Most Wanted.

“I wanted to let you all know how excited our team here in Guildford is to be back in the driver’s seat of development for Need for Speed”, Criterion GM Matt Webster says in a message to the community. “As you’ll know we have real history with racing and with Need for Speed. We’re focused on bringing Criterion’s unique point of view, unparalleled game feel, and high quality innovations that will chart a new future for this wonderful series of games.”

The announcement also reveals the final update to Need for Speed Heat, which will introduce cross-play across PC, PlayStation 4, and Xbox One, a first for an EA title. “At Criterion,” Webster says, “we’ve always believed that games are better with friends. We don’t want your platform of choice to be a barrier for that experience.” So you can probably expect the devs to push for cross-play in future NFS titles, too.

More Need for Speed news will come as part of EA Play on June 18, including more “Steam announcements”, as EA moves to make more of its games available on Valve’s platform.

Back in February, EA announced that Swedish studio Ghost Games would be transformed back into EA Gothenburg – its original name – as a support studio dedicated to helping other EA developers with engineering issues. Many of the Need for Speed developers on the creative team were transferred to Criterion, as GamesIndustry.biz reported.

The transfer of NFS from Ghost Games to Criterion mirrors when the series left Criterion in the first place back in 2013 – and, indeed, many of those developers went to Ghost Games to continue work on the venerable racing series. Criterion co-founders Alex Ward and Fiona Sperry left shortly after to found Three Fields Entertainment, which has since been building lower-budget but more direct successors to the Burnout formula.