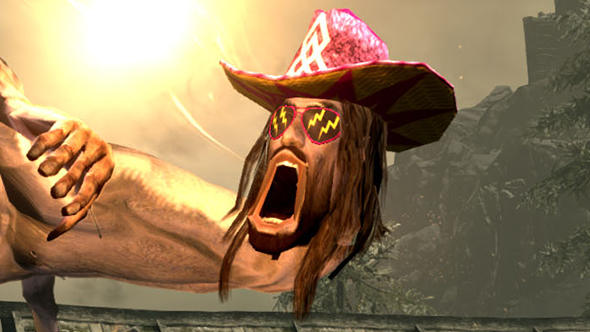 Nexus Mods will soon start paying popular modders for their work, thanks to a new system built around “donation points.” The first year will see the site set aside $100,000 to pay out to their top mods each month.

Modders can opt-in for each of their files to receive donation points, or DP. Site managers will create a pool of DP each month based on the amount of cash available for that period, with the points getting distributed according to the number of unique downloads each opted-in mod received for the month. 1,000 DP translates to $1, and that money can be redeemed via PayPal, given to charity, or used on further premium memberships at the site.

It’s never too late to dig into the best Skyrim mods.

The cash backing the system up comes from Nexus Mods itself, from its “own money reserves.” The company says in the announcement post that it’s “looking forward, we would also like to introduce a crowd funding mechanism that will allow users of the site to donate to the monthly pool and top up what Nexus Mods is already paying in each month.”

According to theFAQ, the site managers are looking to remain as hands-off as possible in this system, hence their use of unique downloads as the metric for payouts. “As we’re sure you can understand this issue is complicated and can create the potential for a lot of drama in the community. Whatever system we use has to be reasonable and most of all, devoid of subjective human opinions as much as possible. That basically means that there should be no one person or group of people in charge of who receives Donation Points.”

One possible source for the “drama” alluded to there is mods which make use of existing mods in creating new content. For those who don’t want their work reused in other mods that might get paid through this system, there are new permission settings for whether derivative files can make use of a modder’s uploaded work for DP.

There’s still time for the kinks to be worked out, since payments will run on a rolling 90-day structure and it’ll be three months before the payouts start. More official attempts at making money off of mods – notably Bethesda’s paid mod system – have been decidedly controversial, but a more donation-focused version which keeps the mods free and simply pays creators may be able to avoid those issues.