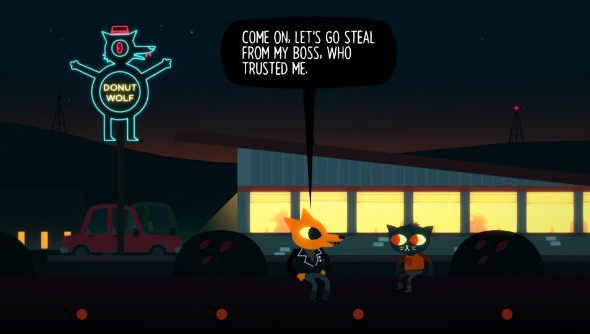 In 2013, indie game Night in the Woods reached its Kickstarter funding target in just 26 hours and, upon completion, raised more than 400 percent of its original $50,000 ask. Now, its developers Alec Holowka, Scott Benson, and Bethany Hockenberry have confirmed their upcoming game will be with us by the end of 2016.

This year is shaping up nicely, as can be seen in our list of upcoming PC games.

Night in the Woods is an adventure platformer game about an anthropomorphic cat who’s dropped out of college and has returned to her quiet home town. From here, she hopes to steer her life in a different direction, but doing so doesn’t appear to be as easy as it might seem.

While the premise of soul searching and finding oneself against relatable circumstances sounds interesting, Benson’s eye-catching art style looks wonderful and is what will likely draw players to Night in the Woods. From what I’ve seen so far, I reckon I’ll be one of them. 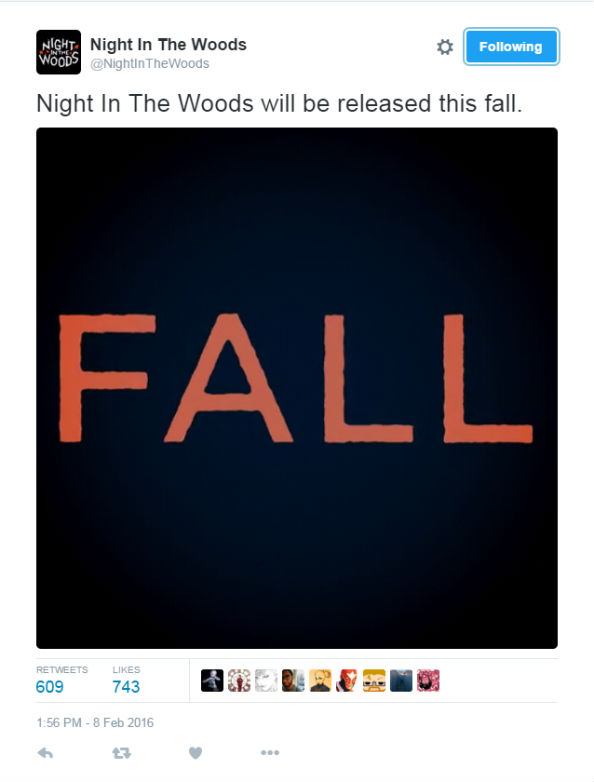 A series of tweetsthen followed which revealed a solid release date will be announced “later”. Here’s a look at Night in the Woods’ cool art style in its most recent trailer:

Look out for Night in the Woods this fall, and we’ll update when a release date is confirmed.