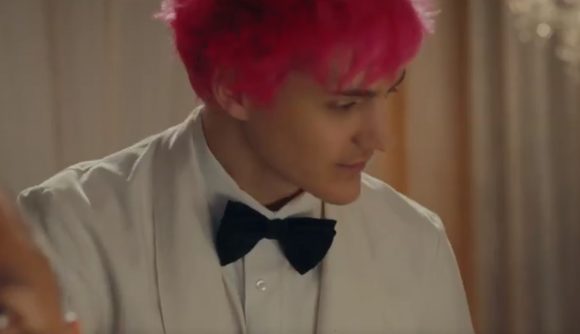 Be prepared to explain Twitch and Fortnite to your parents this weekend, friends – Ninja’s going to feature in a Super Bowl commercial. The Fortnite streaming star has posted a clip of the ad to Twitter, which features a number of NFL players and personalities – from Indianapolis Colts quarterback Peyton Manning to league commissioner Roger Goodell.

The thrust of the ad is that Ninja’s a waiter at a fancy event devoted to the launch of the NFL’s 100th season. The players marvel at his presence, while Goodell is the old person surrogate asking “who’s Ninja?” Manning explains that Ninja is a “videogame master.” Whether you want to provide any additional context for the non-gamers in your life this Sunday is up to you.

By just about any metric Ninja is the most successful streamer in the world, and his popularity has brought him to mainstream crossovers that range from streaming with Drake and appearing on the Ellen DeGeneres Show to hosting his own Times Square New Year’s Eve event. This ad is set to play just before the Super Bowl halftime show, which is traditionally one of the most lucrative spots in the game’s advertising blitz.

You can check out the clip below.

So happy to share with you guys one of the many amazing things we'v e been working on and why I've been traveling so much. Catch me in the #NFL100 #SBLIII
commercial right before halftime. pic.twitter.com/FEAQSdsYMP

This is part of a broader ad project from the NFL celebrating the league’s 100th season, and it remains to be seen whether Ninja’s role in it is any more than a brief cameo. The focus is certainly on the bigger names directly associated with the NFL itself.

More than anything, after nearly two years of being required to write about European football stories – to such a degree that my editors made it a joke in my author profile – I’m grateful that I finally have the chance to write about something truly American: sports-adjacent blitzes of television marketing.

Super Bowl LIII kicks off Sunday, February 3 at 15:30 PST / 18:30 EST. I’d include the usual GMT time for European readers here, but let’s all be honest with ourselves about who’s watching this show.