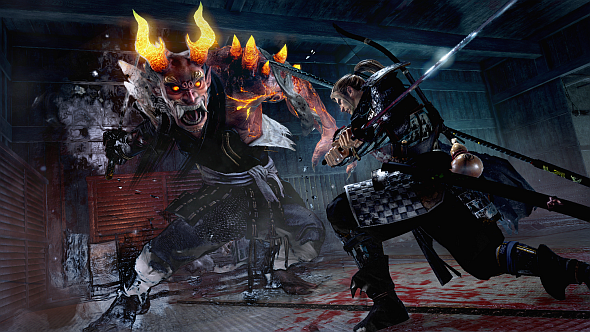 Nioh, the Soulslike samurai ARPG and PlayStation 4 exclusive, is shortly to land on its second platform: your personal computer. Publishers Koei Tecmo have announced that Nioh: Complete Edition will come to Steam on November 7.

Slay some more demons in the best RPGs on PC.

The complete edition includes all three DLC expansions to the base game and can be played in two modes: action mode offers a stable 60fps, while cinematic mode offers display resolutions up to 4k. To celebrate, developers Team Ninja – the people behind the famously difficult Ninja Gaiden series – have added a new kabuto-style helmet with a valve on it.

Unlike the PS4 version, Nioh: Complete Edition will have all seven weapon types, ninjutsu and onmyo magics unlocked from the beginning. Finishing the core game will grant incremental access to deeper levels of The Abyss, a series of punishing end-game dungeons, and unlock features like the Dual Guardian Spirit.

Nioh: Complete Edition already has a Steam page, which you can view here.