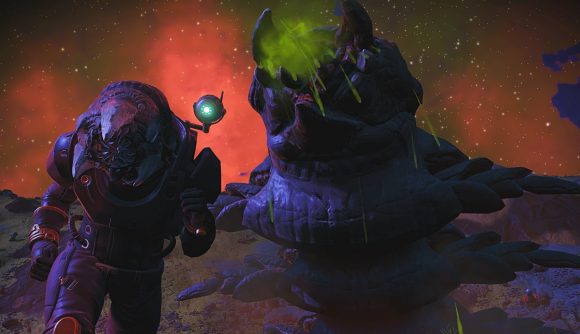 Hello Games has revealed that No Man’s Sky is joining in the spooky festivities this Halloween with its own, narrative-driven expedition called Emergence.

The mini-update leaves you stranded on a planet called Wasan. It’s a barren place that’s ravaged with dust storms and torn up by Titan Worms, which are colossal sandworms that plough through the world, often eclipsing the sun when they arc overhead. It’s your job to locate Titan Worm impact sites and destroy the Hungering Tendrils to collect the Vile Spawn that lingers behind. This isn’t your standard expedition, though. As you go about your duties, a “dark narrative” will start to unravel. If you complete the expedition route, you’ll discover the history of a dark cult, allowing you to confront the Atlas with evidence of an “indelible stain upon the universe”, as Hello Games describes.

The expedition also comes with a host of enhancements for the space game. You’re getting more varied sandworms, richer particle effects, and a Titanic trophy to stick on your base. You’re also getting more ways to vary your appearance and a Flesh Launcher for some firework fun. Oh, and you’ll be able to tame and grow a sandworm companion to feed, pet, ride, and explore the universe with, which is excellent news. 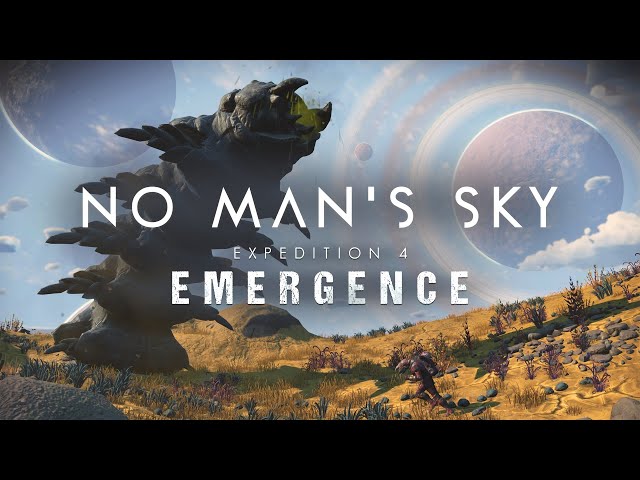 For more of the best Halloween games on PC, you can follow that link.