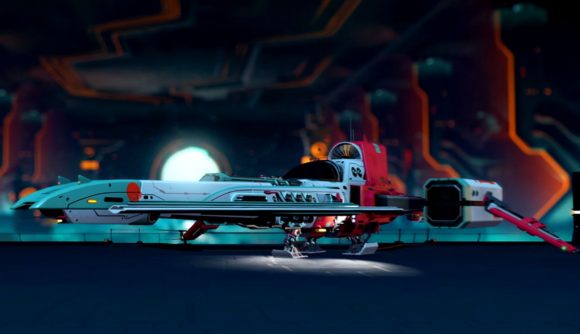 Hello Games has announced a new free update for No Man’s Sky, due for release this summer. Beyond will release as a three-part update beginning in the coming months with No Man’s Sky Online.

According to an announcement made earlier today, No Man’s Sky Online “includes a radical new social and multiplayer experience which empowers players everywhere in the universe to meet and play together. Hello Games founder Sean Murray notes that that might sound familiar, but that “we don’t consider No Man’s Sky to be an MMO.” As such, there’ll be no microtransactions or subscriptions, and updates will continue to be free for all pre-existing players.

At the moment, that’s more or less all we know about Online, but Hello says that the changes are in response to the game’s Next update, which launched last year. It’s also worth noting that Online is just the first step on a longer journey for Beyond, which Murray describes as “our most ambitious chapter so far.” We’ll likely hear more about the rest of the update in the coming weeks.

After a rocky launch back in 2016, Hello Games seems to have been going from strength to strength. No Man’s Sky Next was its first major update, but it’s since been followed up by two further expansions, Abyss and Visions, both of which seem to have been well received by the community.

Blast off: Here are the best space games on PC

Personally, I have to say I’m amused by the apparent similarities in naming conventions between No Man’s Sky and Elite Dangerous. Last year, the latter saw its own multi-chapter update, named Elite Dangerous: Beyond, so I’m hoping that there’s not too much confusion.