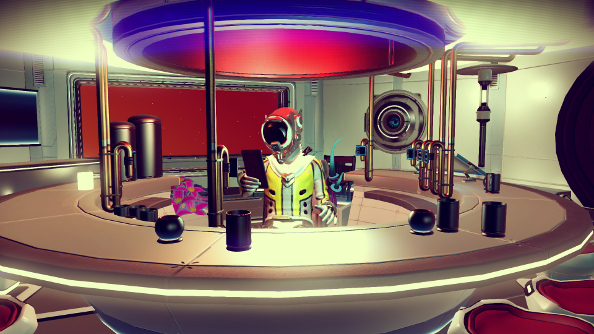 Update August 11, 2017: It might have launched around a bunch of different controversies (see the video above for some more of those), but No Man’s Sky did very well. In fact, it was one of Steam’s best-selling games last year.

People were disappointed that it lacked certain features, however. Still, Hello Games have been beavering away over the past year, working on a bunch of free updates. The latest adds the foundations of actual multiplayer.

Sales aside, here are the very best games of 2016.

In that latest update, players can also uncover new story content and fast-travel to places via portals. This seems to have resonated with many, as the game has currently jumped into the top 50 games on Steam, measured by player count.

At the time of writing, No Man’s Sky is way above its competitor, Elite: Dangerous, with 9,281 people exploring its pastel-coloured planetoids. In comparison, Elite’s peak today was5,075. The next game up from No Man’s Sky is super-popular farm sim Stardew Valley.

Check out Steam stats for more.

Original Story January 2, 2017: There was a lot of noise around the release of No Man’s Sky in August, but given how much of that was negative, it was hard to tell just how well is was doing in the sales department. Now, however, as the smoke clears, it’s become apparent that NMS is among the biggest hitters of the past year.

Steam is currently holding a sale of thetop 100 best sellers of 2016. That’s not only good news for those of us who like good games, but also a rare and illuminating look down the money chute. Although Valve haven’t gone so far as to reveal sales data, they have divided the chart into Bronze, Silver, Gold and Platinum – the latter presumably containing the fattest money-makers of 2016.

Placement is measured by gross revenue – which means a free-to-play game like Dota 2 can sit in the Platinum section alongside Rocket League, XCOM 2, CS:GO (still going strong with over 25 million copies shifted), Civ VI, GTA V, The Division, Dark Souls 3, Total War: Warhammer, The Witcher 3, Fallout 4 and, of course, No Man’s Sky.

Lower down the page, it’s reassuring to see the likes of Deus Ex: Mankind Divided, Watch Dogs 2 and Battlefleet Gothic: Armada weren’t overshadowed in a particular busy year for PC games. What are you most surprised – or relieved – to see make the list?