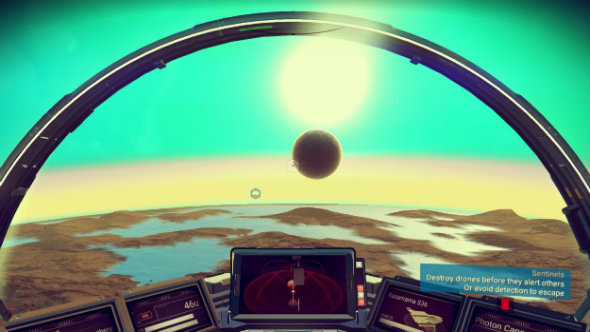 No Man’s Sky’s latest patch seeks to fix a number of bugs sparked by its recent update, Atlas Rises.

Get some space with our list of the best sci-fi games.

Update 1.34 – which is live now – addresses a hefty list of issues, including adding the ability to teleport between your base and stations, correcting wonky non-playable character (NPC) animations, resolving an issue that made save files swell if players chose to visit a number of portals, and fixing a progression problem that stopped players moving on if they declined entering glyphs “into a particular story portal.”

This is the third time No Man’s Sky’s been updated in just eight days.

No Man’s Sky had a controversial start, but Hello Games have been beavering away over the past year, working on a bunch of free updates. The latest No Man’s Sky adds the foundations of actual multiplayer.