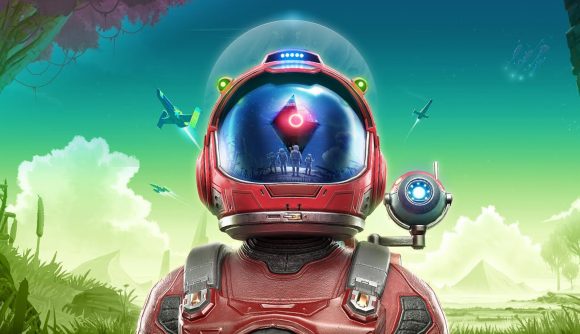 Players had plenty of criticism for No Man’s Sky at launch, but over time the game has garnered a dedicated community engaged with regular additions and improvements. As with any evolving game, part of that process is listening to players, and according to director Sean Murray, they tend to be very good at identifying real problems – though not necessarily the solutions.

“Players are normally almost always right about problems,” Murray tells us. “That’s the thing I always find. They’re almost never right about the solutions – or they can never agree on them, anyway. So they’ll be like, ‘Oh, I don’t like your inventory system,’ and they’ll tell you crazy things that they want you to do to solve that. Generally that isn’t the most useful thing.

“But the useful feedback is, ‘Sure they don’t like that thing’ or ‘We want to do more of this’ and they’ll have some way that they think that you should add that. But it’s better to take this broader view of all the things that people are saying, and step back and boil that down to data – one of my favourite things in my little programmer brain – and decipher what that means.”

While each major No Man’s Sky update has focused on a singular big new feature, Murray notes that “about 70% of our patch notes are just community-driven stuff.” Murray says those additional patch notes are meaningless for new players, but have been an essential part of building communication with the existing community.

Even though those smaller updates aren’t focused on selling more copies of No Man’s Sky, Murray says they’ve still had that effect.

“We see that with the community – where some of them just they start recommending it to more of their friends, ‘You got to play now. Now is a good time.’ We still get that a lot. When the Next trailer came out, just so many people talking about forcing it on their friends. It’s really nice.”