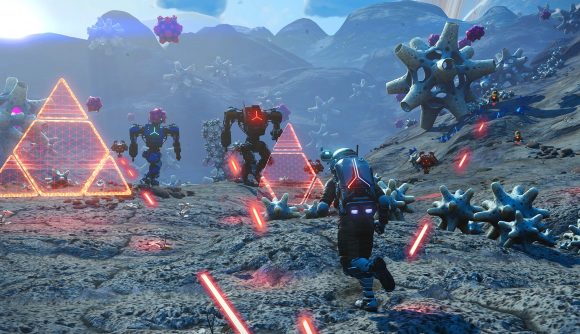 No Man’s Sky gets its next major update today, which looks to make combat “much more challenging and exciting”. Called the Sentinel update, it – as its name suggests – dials up the challenge in tackling the Sentinel policing drones, overhauling the space game’s combat systems, the enemies you encounter, and more along the way to get players overcoming the hazards “in a more meaningful way”.

There’s a neat lore focus in the Sentinel update, as players will get to learn more about how these mysterious and dangerous contraptions came into being. The update brings a “substantial” sequence of story-driven missions to complete that get you working with the Space Anomaly crew or raiding Sentinel Pillars to uncover the secrets behind the Atlas and the World of Glass, Hello Games explains in a press release. Going through these missions, you can take on your own AI drone companion, which you can then re-programme. Or, there’s always the opportunity to salvage Sentinel Hardframe parts to forge your own autonomous, AI-powered giant mechanical escort, if that sounds like something you’d like to have on your side.

The Sentinels themselves have become more challenging, with a new elite class to battle – that means new heavy, summoner, and repair units – as well as a “fearsome” Hardframe Exomech. The hovering antagonists now also have their own mobile energy shields and new weapons, including grenades that can obliterate terrain and plasma-powered flamethrowers. Gulp.

The good news is Hello Games has given the game’s combat a good ol’ sweep with a raft of improvements and enhancements to help you tackle all that’s new. You too get new weapons and upgrades, such as high-energy Neutron Cannons, active camo-cloaking devices, and new electrifying stun grenades. Additionally, you can recruit your Minotaur Exomech as a powerful ally in combat by installing AI into it. 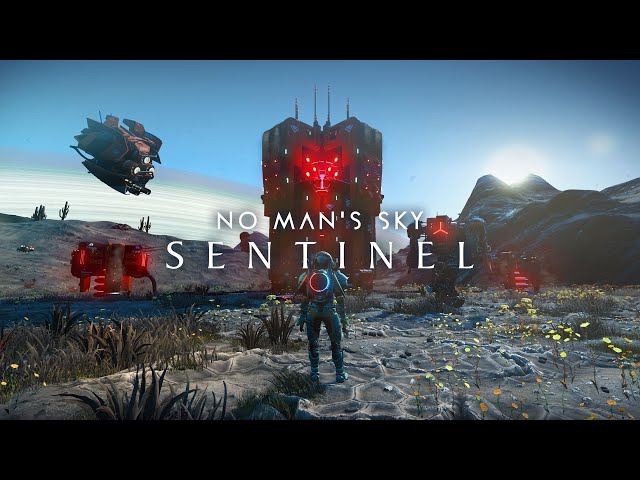 Hello also explains that it’s incorporated a “vast list of tweaks and refinements […] to weapon feel and flow, making for a more dynamic and impactful combat experience”. The Sentinel update launches today (February 16). You can check out the full patch notes at that link.