A new character has been added to the Human roster for Nosgoth, dubbed the Prophet. She’s a dual pistol wielding crusader who can also cast a multitude of curses on her enemies. With her utility, the Prophet can be played as a offensive or support role.

Her flintlock pistols come in three flavours: Dual pistols, Heavy pistols and Quick pistols. Heavy offer more damage at a slower rate of fire, where as Quick fire faster at the cost of power. Dual offers a nice balanced middle ground between the two extremes. 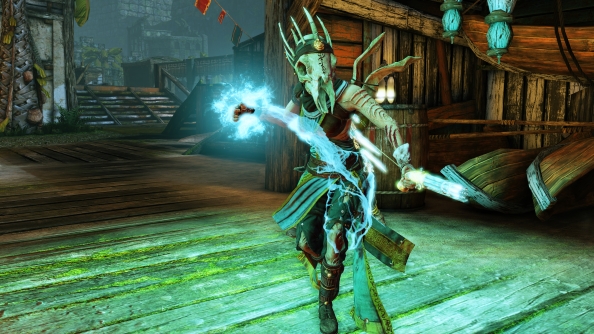 The update comes ahead of an E3 display of a brand new map, City of Razielim: an underground map. You can read our Steve’s hands-on with the game here.

Nosgoth is currently in closed beta, available as an early access title via Steam.