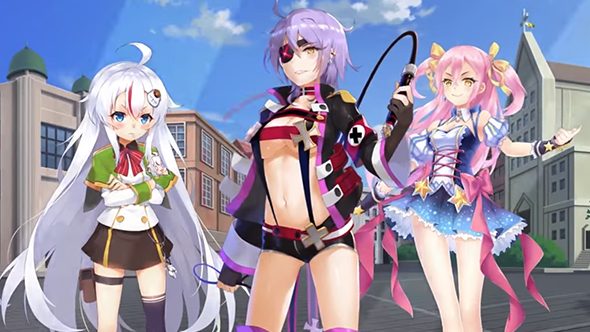 Stay abreast of the best sex games on PC.

You can find out more in Nutaku’s announcement – that is definitely not SFW, FYI. Tits ‘n’ Tanks is a mobile game that combines tanks with, er – you know. It appears to pretty much be an Android-based World of Tanks-like, except with the added bonus of occasionally nude anime girls.

Registration for the event – and, presumably, dates and more specific format information – is “coming soon.” So take the opportunity now to bone up on your tank skills. I can’t imagine the Tits ‘n’ Tanks scene is that competitive just yet (I’ll happily be proven wrong, though), so this could be your chance at competitive gaming stardom. Just don’t tell your family the name of the game you’re playing.

Here’s a (somewhat censored for your working convenience) look at Tits ‘n’ Tanks.