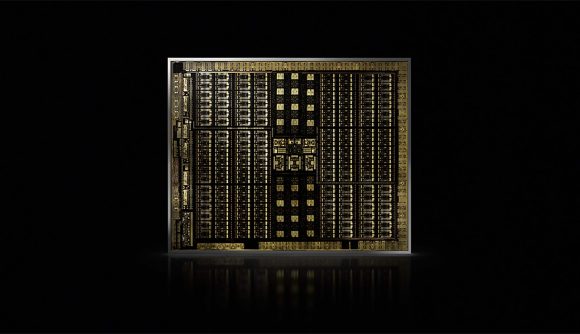 The Nvidia Ampere GPUs may represent the next generation of graphics architecture from the big green GPU making machine, but will they be monstrous professional-level chips, or the sort of silicon shinies to make all our games look awesome? We’re mostly betting on the former, and I’m speculating that would make Ampere the logical successor to Volta rather than a gaming design like Turing.

“We will always have something for you in the future,” said Nvidia’s Collette Kress at an investor/analyst briefing last year, “but we like to surprise everybody with our overall roadmaps and when things come out.”

It sure does. In fact Nvidia hasn’t had an official, published roadmap for years – the last architecture to feature on one was the old Volta design which has populated the professional Tesla space since 2017. Turing came out of the blue, as a graphics-focused architecture opposed to the more compute-centric design of Volta’s powerful GPU. So we don’t actually know for sure what the next-gen Nvidia graphics architecture is going to be called. But the speculation seemed to have settled on Ampere a long while ago, so we’ll go with that for now.

But wait, there is another… Before the end of 2019 another Nvidia architectural codename was registered by the green team: Hopper. Presumably named after Grace Hopper, the American naval computer scientist and pioneer of women in computing, the trademark was registered on December 4, 2019.

There is, however, no Nvidia Ampere in the US trademark database, so who knows if that’s even going to be a thing. There are a lot of other trademark entries for ‘Ampere’ including a bunch registered by Ampere Computing with regards to “computer systems comprised of silicon based microprocessors, servers, and software for operating computing systems used in datacenters and cloud computing.” 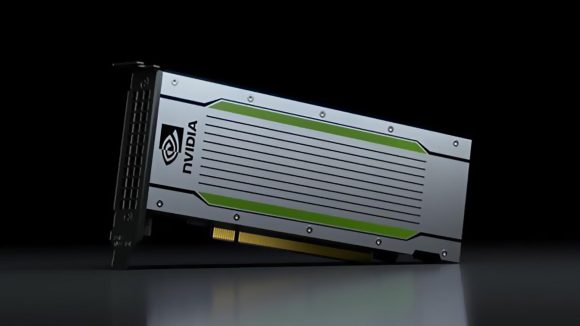 Which might be a little close for comfort on the whole contested trademark front… Maybe Ampere was the initial name for Turing before Nvidia discovered the competition for the name, maybe not.

The Ampere naming scheme seems to follow with the GA104 and GA104-400 chips which appeared in EEC registration listings in the summer of 2018, back when we thought they’d be the GPUs powering the next generation of GeForce GPUs. That was well before we saw anything of the TU102, TU104, and TU106 chips released a few months later.

But still, trademark databases aren’t cast iron guarantees about what Nvidia is going to call its next generation of graphics cards, whether registered or not. After all, the Volta trademark wasn’t actually filed until the year following the unveiling of the Volta architecture and the Tesla V100 in 2017 at GTC. 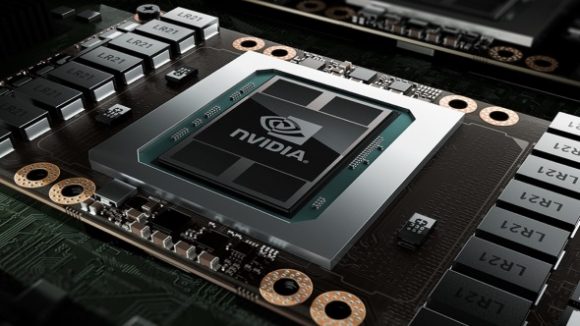 So let’s take it as read that there will be Ampere GPUs, and let’s take it that Nvidia has an elegant naming scheme for its future GPU architectures. And if we do that then Ampere seems to make a lot more sense as an architectural follow up for Volta than it does to Turing. There’s no confirmation that Nvidia is sticking with a dual architecture approach – one for its high-end pro/Tesla-level graphics and one for its GeForce and Quadro lines – but it seems like the way the industry is going.

AMD has GCN for compute and RDNA for gaming, after all.

And then it would make some semantic sense for the Hopper codename to follow Turing as the next generation of gaming GPU architectures. Nvidia Ampere for compute and Nvidia Hopper for gaming.

Maybe we’ll find out more at CES next week, but it doesn’t look like Nvidia is making any grand announcements at the Vegas show. So that would leave its GTC event in March as the next logical place to hear about the next generation of Nvidia’s GPUs. But will Jen-Hsun be donning his trademark leather jacket to wax lyrical about Ampere or Hopper? Who knows…