The Nvidia GTX 1070 Ti was the final graphics card entry into the green team’s Pascal GPU line up before the next-gen Nvidia Turing graphics generation arrived on the scene later in the year. Obviously there have been a host of odd little updates – GTX 1060 with GDDR5X, and weird 1050s with 3GB – but this is the last standalone graphics card of the last gen architecture.

With a slim market gap between the GTX 1070 and GTX 1080, Nvidia’s last Pascal graphics card needed to be able to offer something special to stay atop of the wobbly price/performance tightrope. Now that the mining crisis has abated, and Nvidia is trying to help shift the volume of Pascal cards in the channel, pricing isn’t as much of a nightmare as it has been over the past 12 months.

At $380 (£385) the GTX 1070 Ti comes in under the price of a GTX 1080, as their scarcity continues, and there is vast support for third-party cards from the usual names and faces in the business.

There were rumours of Nvidia blocking overclocking beyond boost clocks altogether to prevent the GTX 1070 Ti from cannibalising their GTX 1080 card. But the time limit on factory overclocked versions has expired and there is a great variety of cards out there. 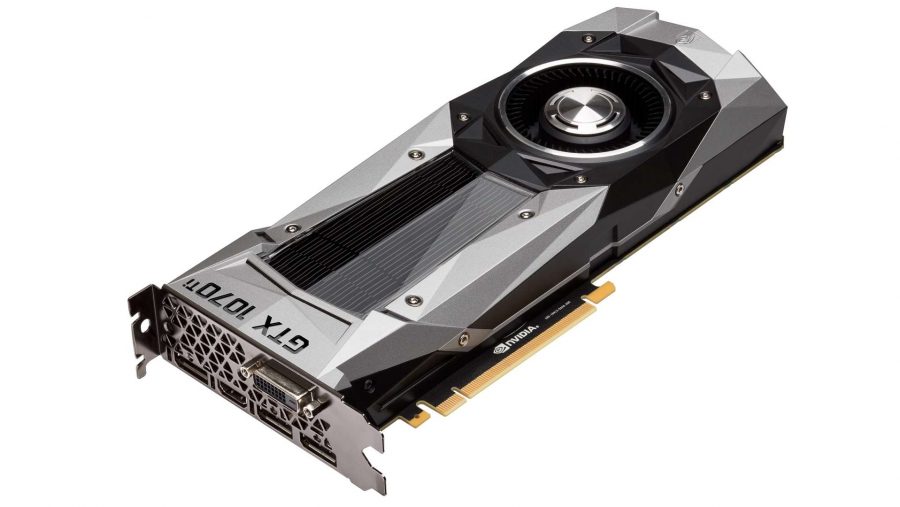 The GTX 1070 Ti was the last hurrah of the Pascal architecture before the Nvidia Turing GPUs arrived and, as such, the components of the GTX 1070 Ti are incredibly familiar. The cards feature a combination of parts from the GTX 1070 and GTX 1080 graphics cards we already know and love.

Base clocks begin at 1,607MHz. The boost clock is the same as its smaller sibling – the GTX 1070 – at 1,683MHz. Of course, Nvidia’s GPU Boost 3.0 is implemented on the card, and will boost clockspeeds way beyond the top-rated boost specification.

Contrary to previously popular rumour, Nvidia have not blocked manual overclocking on the GTX 1070 Ti, if anything the card excels at it – and Nvidia are playing that up in their marketing with claims of the card being an ‘overclocking monster’. 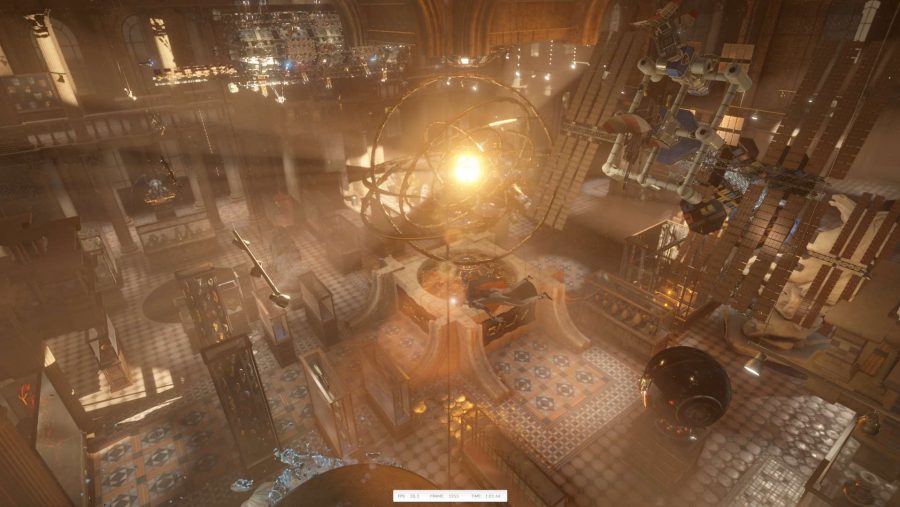 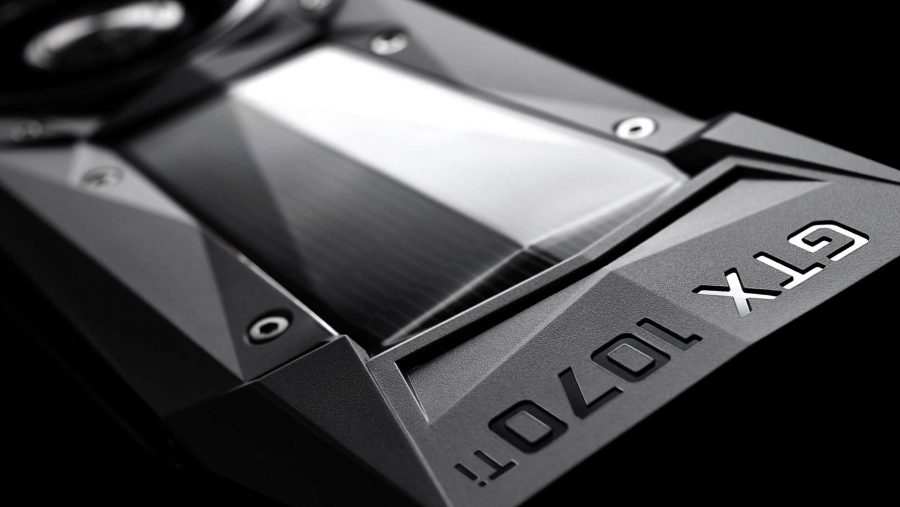 Graphical performance out-of-the-box is exactly what you might expect from a graphics card sitting between two well-established siblings. The card sets out its stall in the middle of the GTX 1070 and GTX 1080, both in terms of price and performance. Without any manual overclocking, the card performs closer to the former than the latter.

Across our benchmarking suite, the GTX 1070 Ti at stock clockspeeds outperformed the GTX 1070 by 16%. This performance comes at a 13% price premium over the reference GTX 1070 at MSRP. No surprises there.

For the target 1440p gaming audience, you probably won’t hurt too much by forgoing the GTX 1070 Ti and picking up the cheaper GTX 1070, as both offer more than playable frame rates at 1440p, on average above 60fps.

Though the GTX 1070 Ti is considerably cheaper than both the few GTX 1080s left in the channel and the newer RTX 2070 that has come in to effectively replace it. It’s not far off the GTX 1080 in terms of gaming performance, though that means the delta between it and the current bottom Turing card is relatively wide.

Where the GTX 1070 Ti really shines is in overclocking headroom, where we managed to push a +225MHz offset to the GP104 core clock. While this seems fairly high, this is largely due to the fairly low reference clocks out of the box without any factory tweaking in place. We also managed to hit +455MHz memory offset on the 8GB of GDDR5. Temperature limit was increased to 92C and power limit to 120% for a little more overclocking headroom.

With this overclock running steady on our test bench, performance is far more convincing. It’s a shame that this performance is locked behind a process that many GTX 1070 Ti owners will likely not bother with, though, resulting in rather lackluster performance overall.

On average, performance was up 32% with our overclocked card over the reference GTX 1070, rapidly swaying price-per-frame in favour of the GTX 1070 Ti. The king-killer didn’t quite manage to pull off regicide on our test bench, even with the highest overclocks we could muster without instability, posting an average fps that was 6% worse than the GTX 1080 at reference clocks.

Limited memory bandwidth bottlenecks were expected to rear their ugly head in benchmarks that require large texture files and the like. As our benchmarks show this has seemingly impacted minimum framerates in Shadow of War at 4K and 1440p. The step down to 8Gbps GDDR5 from 10Gbps GDDR5X is likely the cause for a considerable amount of the performance degradation versus the GTX 1080. 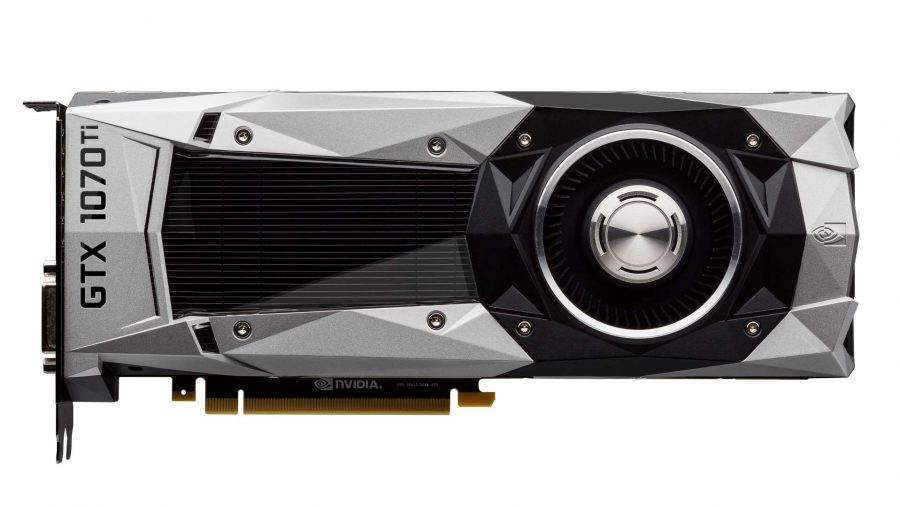 The GTX 1070 Ti is a relatively modest improvement over a GTX 1070, and the out-of-the-box performance isn’t particularly game-changing. It quietly slips into the Pascal product stack we’ve been happily gaming on for nigh on two years, and it performs about how you might expect. Although a little extra overclocking power goes a long way. Despite its near-Halloween launch, it’s not quite the GTX 1080-consuming zombie you may have been hoping for.

The GTX 1070 Ti’s potential lies almost entirely in overclocking. This might seem strange considering Nvidia’s initial ban on factory overclocks. That means if overclocking isn’t a part of your wheelhouse, then you might want to look elsewhere, though its stock performance is now more relevant with dwindling numbers of GTX 1080 cards available for decent prices.

With our reference Nvidia card at least, we weren’t able to quite push GTX 1080 performance out of the card, although it was well within 6% of the pricier card in most benchmarks. With a solid overclock, the GTX 1070 Ti manages to close the gap on the GTX 1080, yet it never bridges it.

Thanks to the restricted memory bandwidth, it will likely age quicker than the GTX 1080, or higher-specced GPUs, and for a card that’s arriving so late in the game, it’s not the best position to be in.

When this card was first announced we wondered to its purpose, reasoning it as the product of boredom among team GeForce engineers. With rumours flying around like wildfire of potential cannibalisation of the GTX 1080, and Nvidia limiting overclocking on the card to prevent just that, it seemed like this card had the potential to be massively disruptive to the cards around it.

Nvidia were really going to release one last ground-shaking haymaker as a last hurrah to Pascal. Yet, as it launched, it seemed to have slotted back into the slot of design boredom, merely filling a gap that may at one time been fiercely fought by AMD’s RX Vega. Yet that itself never really came to pass as AMD struggled for performance with their latest architecture.

Sadly, the GTX 1070 Ti isn’t a late-game hail mary for ever-lasting glory, it’s a great card, not unlike its phenomenal Pascal siblings that came before it. But it’s only really relevant now that there are now more GTX 1080s coming. And with the mainstream GPUs of the Turing generation set to arrive in the new year, it’s getting harder and harder to recommend.

Almost GTX 1080 performance, especially once you factor in overclocking, and with a price tag that makes it a tempting mid-range GPU. Though with an RTX 2060 surely not far off it's hard not to think about holding fire on a new purchase for now.