A benchmark result of the unreleased Nvidia GTX 1170 graphics card has appeared online. As is the trend among all these early GeForce ‘leaks’, the image consists of a phone camera snap of a screen… so its authenticity is questionable at best. Nevertheless, here’s what the latest ‘leak’ indicates.

The image shows a skewed 3DMark result, half obfuscated by a benchmark window. What we can gather is that the run was supposedly carried out on a single Nvidia GTX 1170 graphics card with an incredible 16GB of memory. Too incredible, in fact… but we’ll get to that. The GPU was running at 2,512MHz, while the memory bus clock was running at 2,552MHz.

Can’t wait any longer to get the best graphics card in your gaming rig? Here you go.

One of the many red flags regarding the authenticity of this screenshot is the memory configuration. While 16GB of GDDR6 memory might sound great to gamers in theory, memory doesn’t come cheap. Nvidia still have to position the mid-range card appropriately. Let’s not forget capacity isn’t the only important factor in memory performance, either.

The flagship GTX 1180 could reasonably launch with 12GB of GDDR6 and easily outperform the last generation graphics cards currently on the market. I already shudder at what that could mean for the launch price of the flagship graphics card considering GDDR6 memory premiums and general memory supply concerns. Let alone if that memory premium trickles down to the upper mid-range cards such as the GTX 1170. 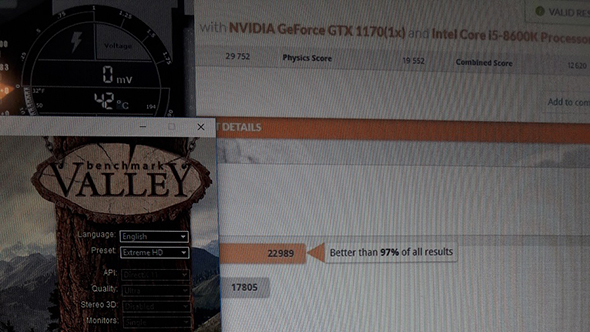 The overall performance is also a little fishy. According to this leak, the GTX 1170 outperforms a GTX 1080 Ti. That’s not completely unheard of from previous GPU generations, but the jump in process node performance – from TSMC’s 16nm to 12nm nodes – really isn’t majorly significant this time around. Nvidia (sadly) doesn’t have much impetus to drastically improve performance generation to generation right now.

Something doesn’t add up with this leak, and it’s not just the clock speeds. Anyone that gets their hands on an unreleased graphics cards always immediately forgets how to utilise the print screen functionality, and this ‘leak’, reposted from the FrazPC forum, is no different. We’re no experts at doctoring photos or tweaking benchmark files for the desired result, but take a look at this 100% genuine, definitely not faked, 2080 Ti leak I found just now: 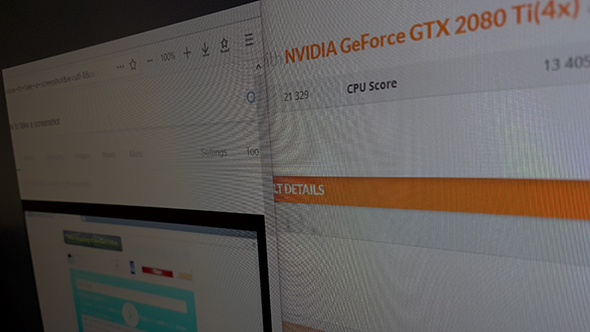 Rumours still point to an Nvidia GTX 1180 announcement sometime at the end of August. If we can just stave off the fakes for the time being we’ll know all the juicy details of Nvidia’s next-gen graphics cards very soon. Just sit tight.