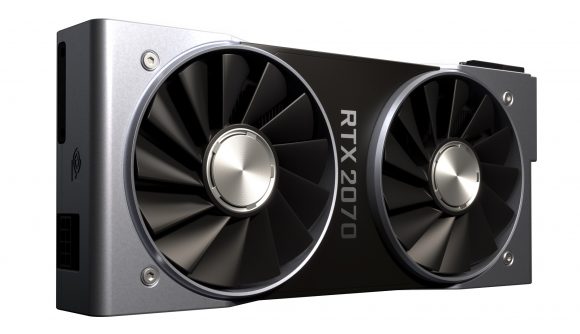 Nvidia has effectively confirmed that the RTX 2070 is going to be the bottom rung of the ray tracing ladder, with any GPU below it unlikely to get a decent experience with the hardware available. We spoke with Nvidia’s Tom Petersen, who explained that the level of performance you’re going to get from the RTX 2070 will essentially be the minimum hardware for real time ray tracing when it launches in October.

“It turns out five billion is about entry price for a good ray traced experience,” says Petersen. “So Pascal, at our highest level, could cast – if you software emulated – around a billion. So we’re going from a billion to 5 or 6 billion.”

Ray tracing is a seriously high-end technology even if it’s solely used for lighting effects, so it’s not surprising that you’re unlikely to get the full RTX goods at the more mainstream end of Nvidia’s new 20-series GPUs. This would seem to put pay to any hopes of the RTX 2060, or GTX 2060, getting in on the ray tracing action whenever we see the more price-focused versions of the new GeForce GPUs drop. 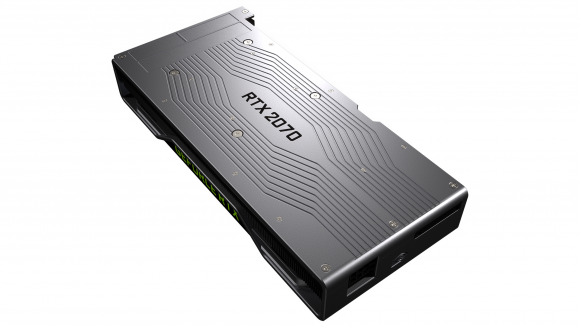 But it’s not altogether impossible. While five Giga Rays per Second seems to be shorthand for the minimum hardware requirements for real time ray tracing, that does leave a small amount of wiggle room below the RTX 2070. If Nvidia chooses to build an RTX 2060 from the same TU106 GPU as the 2070 then it’s possible if could just sneak in above that performance limit.

From some very rough calculations you’d probably need around 30 SMs, and therefore 30 RT Cores, to hit the necessary 5 Giga Rays per Second mark. That would give us an RTX 2060 with 1,920 CUDA cores and probably a very high price point too. It would then still be a 445mm2 GPU with around 11bn transistors inside it, after all, and that’s practically the same size as the top-end GP102 chip that powered the Titans and the GTX 1080 Ti.

Then there is also the potential for different levels of ray tracing in games to offset the lower power RTX silicon, with games potentially having different settings depending on how hard you want to push your GPU.

“So I would say with 6 Giga Rays you can definitely imagine you’re not going to be able to ray trace the same way you do with a 2080 Ti,” Petersen tells me, “but kind of like level-of-detail, or like Ultra, Min, Max settings, you’re going to cast fewer rays. It’ll be a little less sharp in the reflection, a little less clear in the ambient occlusion, but it’s still going to look pretty good.”