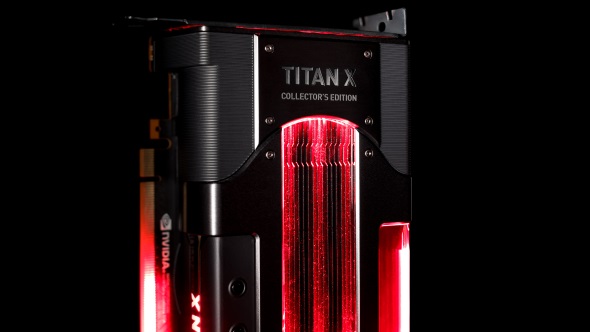 Nvidia teased a ‘Collector’s Edition’ of their ultimate Titan Xp graphics card a few days ago, only briefly hinting at its full reveal with a sci-fi style along with green or red lighting. They’ve now officially announced the card, and no, it’s not fitted with the suspected RGB lighting I’m afraid, but it’s possibly more sci-fi than we ever imagined.

Don’t want to dish out the dollar for the Titan Xp? Here are the best graphics cards for a range of budgets.

A long time ago, in a galaxy far far away, Nvidia were busy designing the finish for their Titan Xp Collector’s Edition. It has apparently taken Nvidia a whole year to finalise the design for their latest card, but now it is abundantly clear why. They have put together two stunning Star-Wars-themed Titan Xp graphics cards.

The Titan Xp Collector’s Edition arrives in two models: the Jedi Order edition and the Galactic Empire edition. Each card features a redesigned Titan Xp cooler shroud, stylised to the dark or light side of the force, with lighting to match your favoured alliance – either red or green. Both cards take considerable inspiration from the Star Wars galaxy – such as Lightsabers and the Death Star. 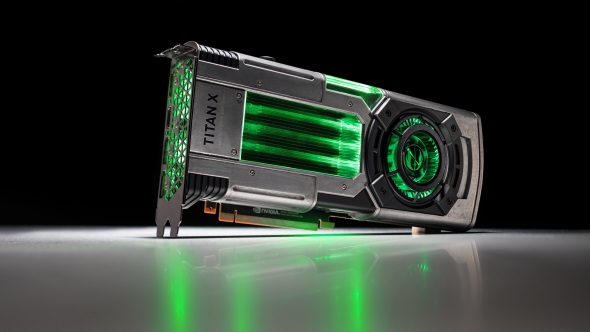 The packaging for these cards will feature either Rebel Alliance white or Galactic Empire black themes, making for a product that is as much at home on a collector’s shelf as it is pushing pixels in a PC. Even the backplate has the Star Wars logo engraved across it.

The Titan Xp certainly is quite the force to be reckoned with, but it’s always been a little pricey compared to the similarly capable GTX 1080 Ti. Unfortunately, for PC builders with a thing for Star Wars (you’ve hit a home run there, marketing team) this card will cost you $1,200. Although, this is no more expensive than the original Titan Xp at MSRP, indicating just how much wiggle room Nvidia have in the pricing of their extravagant top-end card. 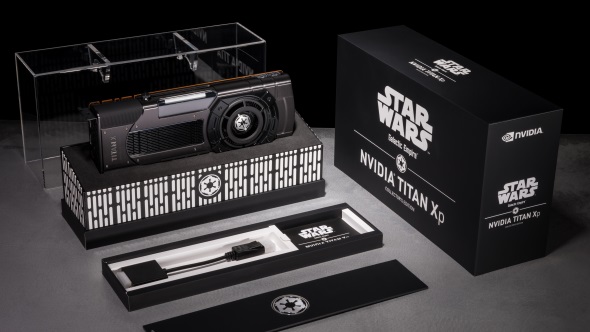 At the moment it seems like Nvidia are clearing their shelves of stock since the release of their GTX 1070 Ti and now the Titan Xp Collector’s Edition. We can only hope this is due to the impending Volta graphics architecture launch, although with these cards apparently one year in the making, it may be little more than coincidence.

GeForce Experience users can pre-order a maximum of one card of each design through the Nvidia Store in the US, UK, Germany, and France – starting from tomorrow, November 8. The cards will go on general sale from November 17, but it seems likely that the pre-orders will see huge demand – so be prepared for that.