At GDC today, Nvidia officially announced the Titan X, the next GPU in its expensive Titan line. But you can’t get one yet, not unless you’re Epic’s Tim Sweeney, the lucky devil.

The Titan X features 12GB frame buffer memory, like the Titan Z, and eight billion transistors. Nvidia’s Jen-Hsun Huang called it “the most advanced GPU the world has ever seen.”

Epic’s Tim Sweeney was given the first one, fresh out of its box. 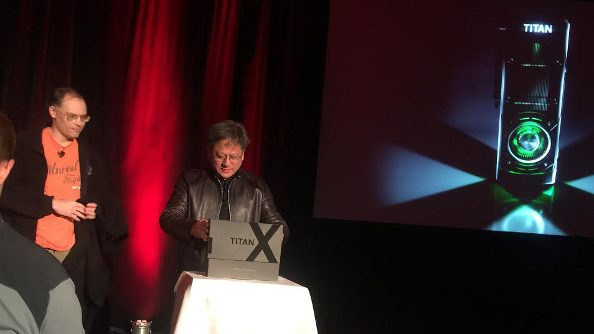