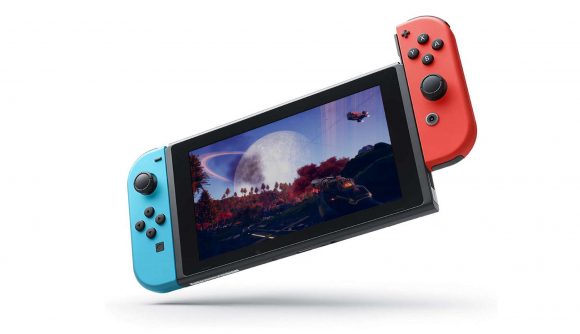 Nvidia brought its deep learning super sampling (DLSS) technology to RTX 20 series GPUs back in 2018, and it looks like the feature could find its way into consoles for the first time in the near future. A report from Bloomberg claims the rumoured 2021 update to the Nintendo Switch will improve upon the original Nvidia Tegra X1 SOC, this time being capable of 4K gaming thanks to that DLSS support.

Analyst Matthew Kanterman estimates that we could see a $399 price tag attached to the device. While this is $100 more than the current model, it would still be the cheapest piece of hardware to pack Nvidia’s supersampling technology right now, as ongoing GPU shortages continue to inflate MSRPs.

The original Switch is already pretty nifty, being able to handle games like The Witcher 3 and Doom on what’s essentially a mobile device, but the right mix of a “better CPU, increased memory”, and DLSS could push the new Switch to compete with some of the best gaming laptops. After all, we’ve seen DLSS work miracles uplifting the performance of even the best graphics card.

It’s unlikely that the new Switch will feature ray tracing like the Xbox Series X | S or PlayStation 5, but with AMD’s FidelityFX Super Resolution technology still in the wind, DLSS could give Nintendo the edge in this head-to-head.