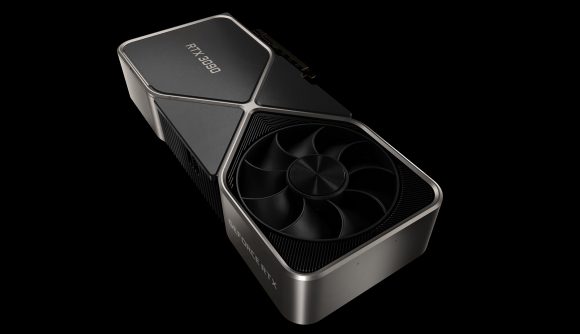 We’ve known for a while that no matter which of the best graphics cards you choose, prices are eye-wateringly inflated from their original MSRPs – even if you go for a last-gen model. Researching the cost of AMD and Nvidia’s newest GPUs across several German retailers this week, 3DCenter found that the results aren’t pretty – especially when you consider that GPU stock woes may not end until 2022.

On average, AMD’s Big Navi cards are sold for more than double their MSRP, while Nvidia takes the biggest hit with RTX 3000 models selling for, on average, three times their recommended retail price. The RTX 3060 is meant to be a €329 card, but was spotted on sale between €999 and €1122 at German retailers on May 16.

While Nvidia’s addition of a crypto mining limiter to all its future cards may abate stock issues slightly, it won’t solve the problem entirely, as there are still plenty of gamers demanding a GPU. And with IBM saying the chip shortage could last another two years, there’s no sign of the global silicon supply getting better anytime soon.