It's no surprise to anyone that the best graphics cards are currently hard to come by, with stock issues running rampant until at least 2022, if not beyond. Rather than struggling without an upgrade, however, Nvidia says that its GeForce Now cloud gaming service could stand in for an RTX 3000 series GPU until you can get your hands on one.

Phil Eisler, vice president and general manager of GeForce Now, tells us that the service is a “great way to update your old PC or laptop from the cloud with a virtual GPU upgrade while you wait for your new RTX 3000 series GPU to be available.” And with 10 million users already signed up, it seems as though some might agree.

The RTX 3080 is a coveted graphics card because of its price to performance, packing proprietary technology under the hood, such as Nvidia DLSS and ray tracing cores. You can think of GeForce Now as a network of servers filled with them, or likely the more powerful RTX 3090, allowing you to max out a game's settings and stream it directly to your device, regardless of what components your system packs under the hood.

It works a little differently to other streaming services like Xbox Game Pass for PC, however, as it relies on the games you already own. Eisler sees this as a better approach than granting limited access to a rotating library of titles, as “most PC gamers already own lots of games on our partner game stores” thanks to Steam sales and Humble Bundles. 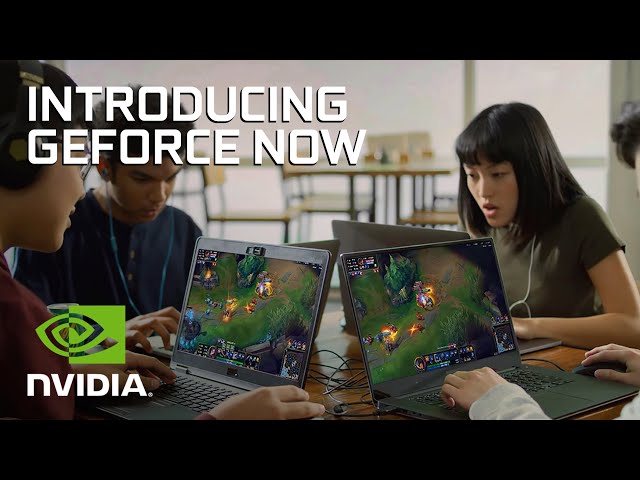 While GeForce Now can boost fps in supported games if you’re on an older graphics card, Eisler doesn’t consider it a replacement to hardware, but a companion. There are still relatively lofty internet requirements and some latency to contend with when playing on the cloud, but unlike Google Stadia, Eisler says there’s “the comfort of knowing that you can always download games and play them on a local PC” when you finally get hold of a new GPU.