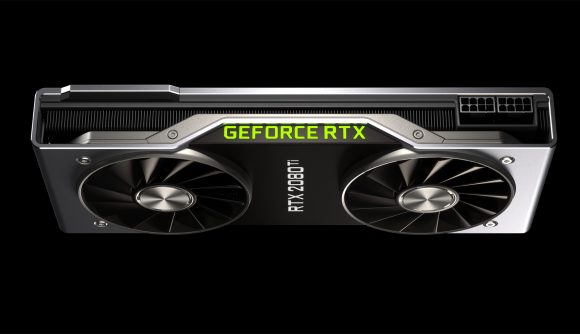 It’s been out for a while on the PlayStation 5 now, but we’re still patiently – or maybe not so patiently – awaiting the Death Stranding PC release date. Ever since its original ominous teaser trailers, Kojima’s enigmatic game has been the subject of much awe and reverence. And with this PC release date looming – July 14, 2020, if you didn’t already know – Nvidia is now offering it up for free with the purchase of one of its qualifying graphics cards.

Today, Nvidia announced that select GeForce RTX 20-series graphics cards will ship with a copy of Death Stranding. These bundle deals will be available from now until July 29, meaning you have until the end of the month to snap one of them up.

Qualifying retailers include Ebuyer, OverclockersUK, PCSpecialist, and Scan, amongst others. The full list of retailers and qualifying Nvidia GeForce RTX graphics cards can be found on Nvidia’s Death Stranding bundle page. There are plenty of graphics cards eligible here, from the GeForce RTX 2060 Super all the way up to the RTX 2080 Ti.

Nvidia’s been working to make the Death Stranding PC release as smooth as butter, also releasing a Game Ready driver (downloadable here) for “day-one optimisations and enhancements for Death Stranding” at the same time as unleashing these graphics card bundles. 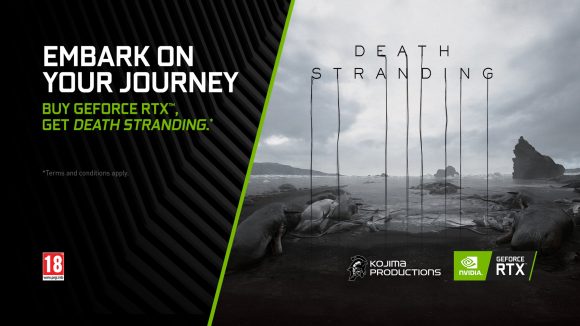 DLSS 2.0 will also be available for use in the game, this being Nvidia’s deep learning technology that allows for rendering at a super-high resolution and then feeding this back down into your lower-res monitor, increasing graphical fidelity and accuracy without a performance impact (and, in some cases, even increasing performance!).

Nvidia says, “With DLSS 2.0 all RTX GPUs will give the game a significant performance boost, enabling 100+fps at 1440p or a smooth 60+fps at 4K. Having yet another high profile title demonstrates the confidence game developers have in the technology.”

Nvidia’s GeForce RTX lineup hosts some of the best graphics cards for gaming, and with a 2060 Super, 2070 Super, 2080 Super, or (if you’re feeling extra splashy) 2080 Ti, you won’t have to worry about future-proofing, either. If you’re looking for something that’ll be in good shape for running Cyberpunk 2077 in all its ray traced glory, one of these 20-series graphics cards will do you fine. Throw in Death Stranding for free, and it’s a no-brainer.