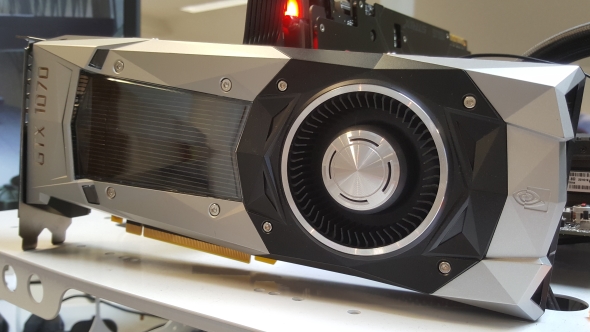 Update November 3, 2016: MSI have now provided an updated VBIOS to fix the overclocking memory issues that some users have found with their GTX 1070 cards running Micron memory. The update is for the GTX 1070 Gaming X 8G version alone.

Want to know how to safely overclock your GPU? Check out our simple how to overclock guide.

A quick post on Guru3D also has the the locations of the latest updates from EVGA, Gainward and Palit. So if you’re rocking a GTX 1070 with a Micron memory system from those manufacturers then you’re in luck.

I would add though that if you’re notexperiencing any issues with your card, even if it is running with Micron memory, there’s probably no need to start messing with the VBIOS of your card. Especially if you’ve no interest in overclocking. The various manufacturers are saying the same thing – and allow me to repeat, if you’re not having issues with your card there’s no need to start messing around with the VBIOS.

I’ve b0rked enough PC hardware by needlessly updating that I try not to unless it’s absolutely necessary. Witness the one dead GTX Titan I keep on my desk as a reminder… 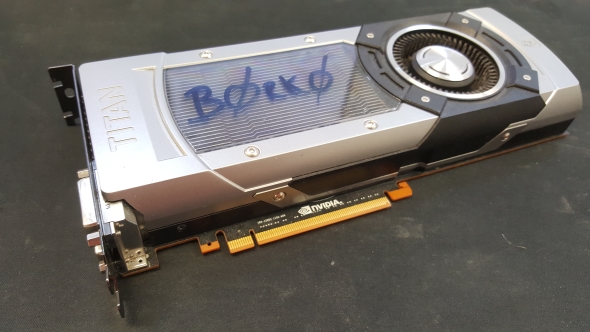 As one of our readers pointed out Gigabyte users who are running cards with Micron memory already have different BIOS versions they can use for the different memory configurations. MSI are working on a fix and are promising an update soon and Zotac say they rigoursly burn-in the only cards in their range that have overclocked memory (the AMP! Extreme) and have not heard of any issue.

It’s an interesting situation though as some manufacturers we’ve spoken to have said they had no choice in what VRAM they use in their cards. The memory chips come into them bundled with the Nvidia GPUs and they have no idea what manufacturer’s memory will come in each shipment.

Original story, October 6, 2016: Some of the latest GTX 1070 cards have been fitted with Micron GDDR5 instead of the original Samsung modules, and some users have been reporting issues when pushing the cards to the limits.

The first flush of Nvidia’s GTX 1070 graphics cards were released using Samsung’s GDDR5 memory modules for their VRAM. They were picked because they could nail the 8,000MHz effective memory speeds without breaking a sweat. It was also the first time that such high performance memory modules were used in reference graphics card designs.

In order to keep up with demand for the popular second-tier Pascal card though manufacturers have started sourcing memory modules from Micron as well. A report from Sweclockers, however, states that some users have started experiencing graphical issues with their new GTX 1070 cards because of the memory switch.

There are reports on various forums suggesting that users with Micron memory modules are experiencing graphical artifacts – like checkerboard patterns – when they try overclocking with their GTX 1070 cards, though there are also a few suggestions there are stability issues even when running at the card’s stock 8,000MHz frequency.

Nvidia reps have said on the GeForce.com forumsthey have implemented a change to the VBIOS which ought to improve the overclocking experience, which is to be released via the individual manufacturers soon. The update is meant to manage the voltage which is being fed into the VRAM more effectively to accommodate the different modules; some users have reported that manually limiting the voltage to their memory makes their cards more stable as a result. 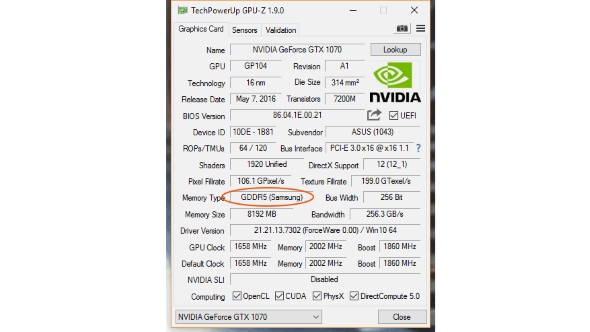 The easiest way to check if your GTX 1070 might be affected is to download and run the GPU-Z utility. In the memory type field it will say who manufactures the memory used with your GPU.

Micron’s GDDR5 memory modules shouldn’t really be any weaker than Samsung’s kit – their 8Gb modules are rated up to a potential 12Gbps speed so they shouldn’t struggle to hit the necessary 8Gbps performance the GTX 1070 specs as standard.

All the various versions in the office at the moment, from MSI, Zotac and Asus, all use the original Samsung memory so we’ve been unable to verify any instability. Have you noticed any issues with your GTX 1070? If so, let us know in the comments.