In making the GeForce GTX 1080 Ti almost a carbon copy of their Titan X Nvidia have effectively killed off their high-margin GPU in favour of a card that costs near half the price. But I honestly don’t think that’s the end of Pascal’s Titan story.

The top-end of GPUs are mighty pricey right now, but that doesn’t necessarily make them the winners in our pick of the best graphics cards to buy.

The new GeForce card goes on sale to the public today and we’ve been testing the GTX 1080 Ti in the office – it’s one sparkly, speedy bit of graphics silicon and hands-down the best 4K GPU around right now. The GTX 1080 Ti is also quicker than the Titan X, if only by a miniscule margin, which means there’s zero reason for it to exist anymore.

Which is kind of a new situation for Nvidia. Traditionally the Ti cards following the Titan of their graphics generation have come mighty close to toppling the high-end GPU, even matching their gaming performance, but Nvidia have always left their top-tier card with something. Not this time. So that’s it then, the Titan’s dead and we shall not see it’s like again until Volta silicon starts flowing out of the fabs.

But I’ve got my suspicions Nvidia are keeping something in reserve just in case AMD’s RX Vega manages to get close to the rumoured ~12 Teraflops of processing power some folk are claiming it will ship with. For reference the Titan X and GTX 1080 Ti are batting around the 11 Teraflops mark. 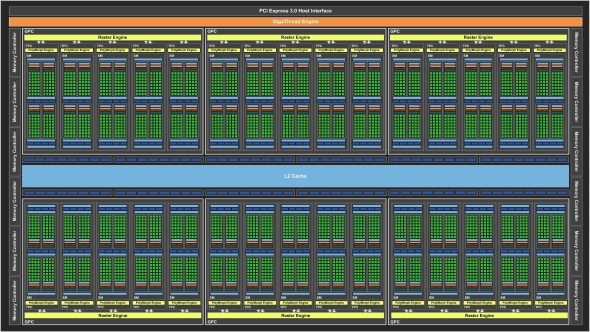 The GP102 GPU used in those top two Nvidia cards is not actually the full core. Eagle-eyed readers will have noticed that, while both the Titan X and GTX 1080 Ti sport 28 SMs and 3,584 CUDA cores, this GP102 diagram clearly shows a full 30 SMs and with that 3,840 CUDA cores. That full GP102 core has been used in only one card so far, the professional-level Quadro P6000 released back in October last year.

With the maturation of the 16nm FinFET Pascal architecture the production yields on the big, complex GP102 GPU should have improved over time. Previously, being able to ship any slightly b0rked GP102 chips that were unable to operate with their full core count under the Titan X badge meant fewer trashed GPUs, saving Nvidia a good chunk of cash. But with improved yields broken chips should be less of a problem in production so it’s conceivable for Nvidia to start thinking about using the full 3,840 core chip to fill out a refreshed line of Titan cards.

It wouldn’t be an unprecedented move either. Nvidia did the same thing with their inaugural Titan, releasing a Titan Black the following year utilising the full GK110 Kepler core. 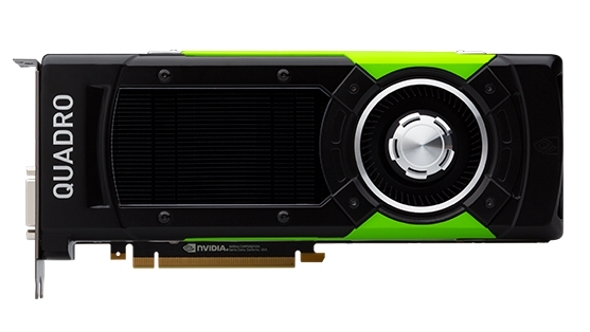 The Quadro P6000 at the moment offers a familiar-sounding 12 Teraflops of computing power; translate that into a Titan X Black (Titan Black X, Titan BlaX?) and Nvidia have once more got a high-margin, top-tier card that can offer the perfect response to whatever AMD does with their Radeon RX Vega GPU around May/June time.

And, despite the GTX 1080 Ti essentially completing the Pascal lineup, Nvidia aren’t necessarily calling time on their current architecture. At the GDC launch of their new card Nvidia CEO, Jen-Hsun Huang, also announced refreshed versions of the GTX 1080 and GTX 1060 with updated memory designs, bringing the GTX 1080 in line with the 11Gbps GDDR5X VRAM used in the GTX 1080 Ti.

Yet Jen-Hsun made no mention of refreshing the Titan X with the same memory configuration. Well, you wouldn’t if you wanted to make sure everyone stuck to the marketing line of “faster than the Titan X” for the GTX 1080 Ti, would you?

And with the next-gen Volta architecture still some time away from launch he’s unlikely to have any Volta GPUs to hold up on stage at their Graphics Technology Conference in May, and he does so like to wave his silicon around a keynote address. Unveiling a $1,500 full-fat Titan card – yet another ‘fastest graphics card in the world’ – at Nvidia’s own tech event would surely be a mighty tempting prospect for the green team.

What do you think? Is this the end of the Pascal Titan or will it rise again to take on the Vega competition?