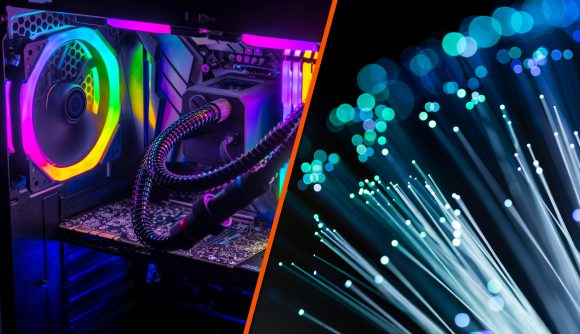 It’s safe to say that most of us take for granted how much time and effort goes into developing and manufacturing the components that make up a gaming PC, right down to the last nanometer. However, Ayar Labs envisions a future in which our systems communicate via optical connections rather than semiconductors, and its work is piquing the interest and lightening the wallets of some industry heavyweights.

Ayar Labs has attracted investment from the likes of HP, Intel, and Nvidia, which partially speaks to how the start-up’s optical technology could transform every corner of the gaming PC market. It appears that chip-to-chip optical connectivity could be of benefit to the best gaming CPUs made by Intel, and conversely Nvidia’s best graphics cards by circumventing current technological bottlenecks.

Billy Dally, chief scientist and senior VP of research at Nvidia, says that “optical connectivity will be important to meet the fast-growing demands of AI and HPC workloads.” Paul Glaser from HP echoes this sentiment, but speaks more generally that the technology is “crucial to supporting the high-performance computing architectures of the future.”

Switching to optical connections could lead to “a 1,000x improvement in interconnect bandwidth density at ten times lower power,” according to Ayar Labs. Needless to say, hardware made with this technology could make our current systems look like something from the Stone Age by comparison.

Given the infancy of the technology relative to semiconductors, it’s hard to know how exactly this will benefit gaming PCs. However, innovations like this usually first applied with enterprise industries before eventually finding their way into consumer grade components.