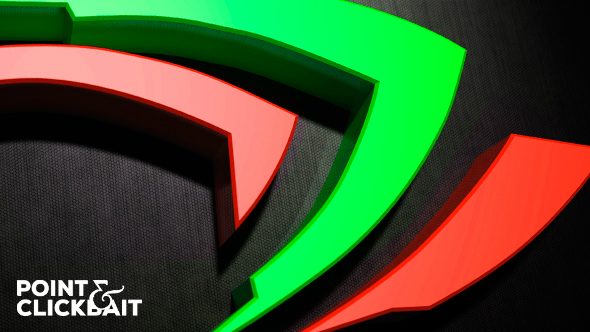 PC gamers have reacted angrily to a joint admission by Nvidia and AMD that both companies have been working together to make identical graphics cards, then simply paint them red or green and ship them off.

“We can’t live a lie any longer,” confirmed Nvidia’s CEO Jen-Hsun Huang as he stood side-by-side with AMD CEO Lisa Su at a joint press conference organised earlier today. “This has gone on too long. It’s time that we set things right.”

The press conference included a walkthrough of the joint graphics card factory, which showed a highly advanced production process that finished up with sheepish-looking workers carefully painting the cards red and green and coughing in an embarrassed fashion. Su revealed that the two companies joined forces years ago, after realising it would be “much cheaper” and “pretty funny” to simply make one graphics card and then pay for advertising to convince people the two were different.

“Watching people analyse and pore over every detail, convincing themselves they were ‘an AMD man’ or a ‘diehard Nvidia fan’, was immensely satisfying,” Hu said. “We had some good times. We laughed as each new card release ‘took the lead’.”

“But really, the joke has gone on for a bit long now and we’re starting to feel bad.”

PC gaming sites like PCGamesN have spent the day opening up their PCs and inspecting the graphics cards closely, scraping away the thin layer of paint and swearing quietly under their breath. Games publishers have reacted by abolishing their required hardware specifications, replacing the graphics card section of the listing with “whatever’.

The vocal ‘pcmasterrace’ subreddit is in the middle of a meltdown over the news. Some gamers are suggesting they “knew it all along”, while others are furiously swearing to move to console gaming where “there’s no way the two biggest companies could be colluding”.

“Anyway, we hope everyone will purchase the new Nvidia GTX 1080 Ti,” Huang added, wrapping up the press conference. “It really is the most delightful shade of green.”

Point & Clickbait is the internet’s finest source for extremely true, real, and in no way satirical gaming news.